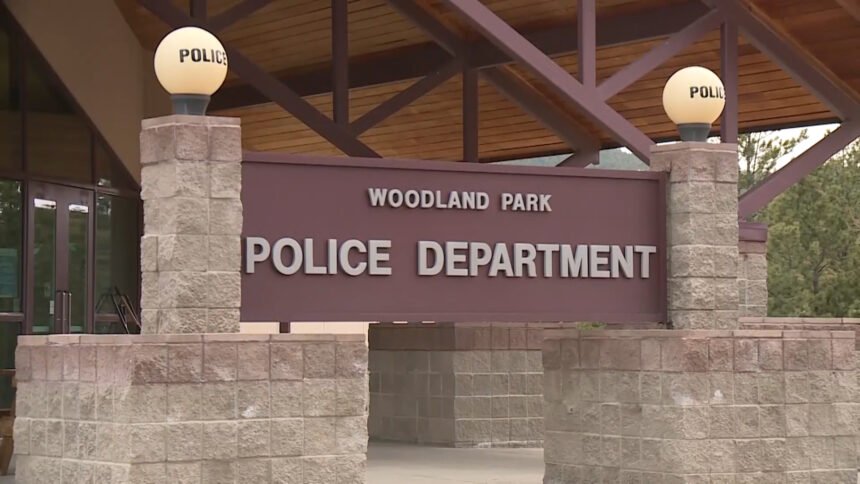 The resignation also follows the completion of a third-party investigation conducted by Municipal Police Consultants LLC. 13 Investigates obtained a copy of the report this week.

According to Woodland Park’s City Manager, Holzwarth resigned from his position while both investigations are on going. It’s unclear to 13 Investigates when the former WPPD Commander resigned.

In September, Municipal Police Consultants LLC looked into the allegation that Commander Holzwarth manipulated a personnel investigation in an attempt to terminate a former Woodland Park police officer.

“The allegation was that Commander Holzwarth initiated a domestic violence investigation through the Teller County Sheriff’s Office in which a former WPPD officer was a suspect in an attempted to discredit him, when there was no evidence to warrant such an investigation,” said the report.

Investigators concluded those allegations were unfounded. As of the conclusion of the report on Oct. 14, the Teller County Sheriff’s Office investigation into the domestic violence allegation is still ongoing.

However, during their investigation, Municipal Police Consultants discovered a series of actions by Commander Holzwarth that were considered ‘very concerning’, and raised concerns pertaining to his fitness to the position of Commander within the Woodland Park Police Department.

An interviewee alleges that Commander Holzwarth called a Teller County Deputy Sheriff a “f***ing b****” on the police radio. Another said Holzwarth spread rumors about a female officer "banging every guy at the academy." One interview said Holzwarth disclosed to fellow co-workers that a female employee at WPPD was experiencing a very personal medical issue.

Additionally, investigators found that when Commander Holzwarth interviewed the potential domestic violence victim from the case involving a WPPD officer he mishandled the interview.

“He should have had another supervisor/command officer attend the interview with him and he should have recorded the interview,” said the investigator in his report. “As a result of his poor interview management skills the interview resulted in confusion for all involved, a needless criminal investigation by the Teller County Sheriff’s Office, and extreme discord within the Woodland Park Police Department.”

According to the third-party report, Commander Holzwarth did not keep information regarding the domestic violence investigation confidential. Instead, Holzwarth is accused of telling a fellow officer, and the case’s details quickly spread throughout the department.

Woodland Park Police Commander Andy Leibbrand and Sgt. Mike McDaniel were both officially terminated on Tuesday after a third-party investigation found they neglected their duty in how they handled a welfare check for a 29-year-old suicidal veteran in December 2020. The City of Woodland Park has fired a long-time police commander and a sergeant for their failure to help.

A workplace conduct investigation found now-former Woodland Park Police Chief Miles Deyoung discriminated against and harassed female officers. DeYoung abruptly retired after the investigators recommended his termination to city officials and found the state of the department was "dire."

A Woodland Park Police Deputy Chief would not comment on the investigation into Commander Holzwarth’s behavior during his tenure.  However, he said the Woodland Park police department is in a position to move forward, and the environment that existed at WPPD before no longer exists.