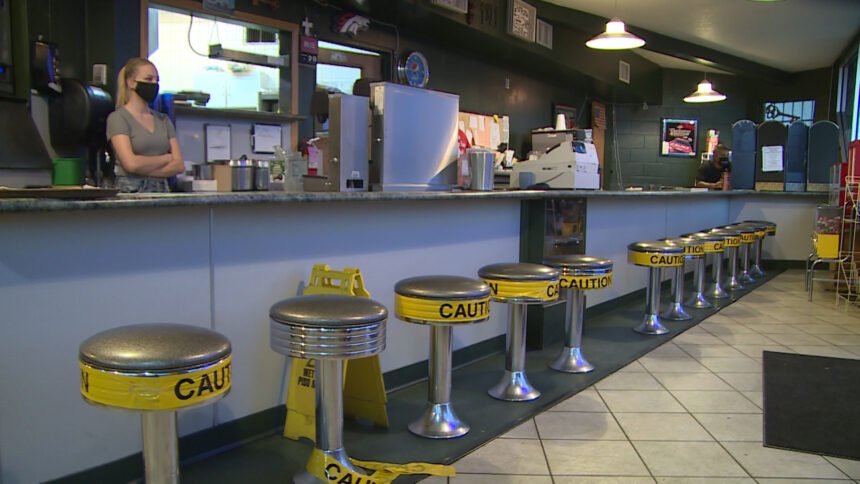 PUEBLO, Colo. (KRDO) -- Pueblo County is one of several in Colorado that will move to Level Red, meaning restaurants cannot have any indoor dining.

Heather Graham, the owner of Graham's Grill, says the shutdown is forcing her to make changes ahead of Sunday. “We’ve already laid off more than half of our staff," Graham says.

Graham's Grill will have take out and outside seating but with winter approaching, she doesn't believe many will want to dine in the cold.

What frustrates Graham is just last week, Pueblo County moved to Level Orange, which reduced restaurant capacity to a quarter of what it usually is.

“We just adjusted staffing to 25 percent and then boom yesterday now I have to address to not have anyone in here.” Graham went on to tell KRDO she wished the State gave Pueblo more time to see if the reduced capacity would help bring the County's COVID-19 numbers down. “We waited six days so I don’t think that’s fair,” Graham says.

Michael Madrid, the manager for the Pass Key Restaurant on East Abriendo Avenue, says business for him has been slow. On Friday night during the dinner rush, no one was inside except for workers.

“We noticed it for the past week since we went into stage orange so we think that as a community people are kind of scared to come out right now," Madrid says. However, he understands why the shutdown is happening, “As workers, we're scared of the virus just like anyone else.”

Both Madrid and Graham hope the shut down won't last as long as it did in March and that the community will once again support them.