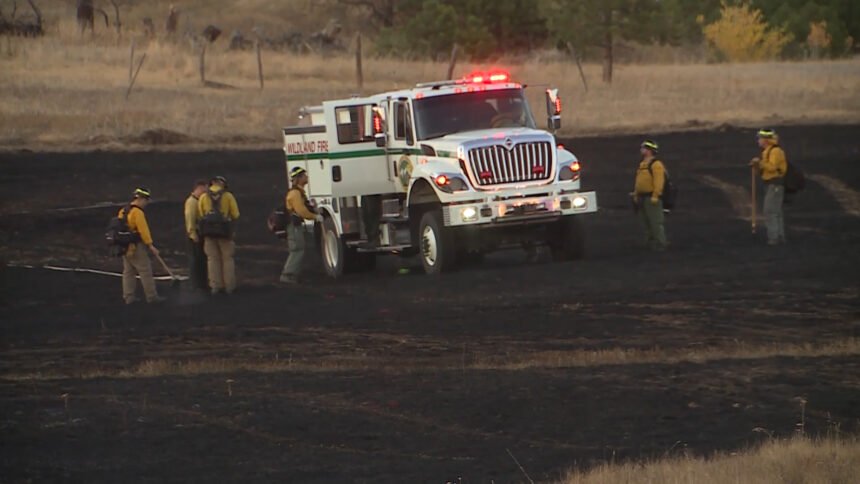 If you think your home may land in disaster's path, fire officials say you need to get some sort of wildfire coverage wrapped into your homeowner's insurance.

The process varies depending on your insurance provider.

Typically, an insurance company does an assessment of your home to identify any areas that may make it more susceptible to fire.

The homeowner can then contact the Colorado Springs' Wildfire Mitigation and receive assistance in creating a defensible around their home through the maintenance of vegetation on their property.

A report of the work done by the mitigation team can be given to the insurance provider if the homeowner chooses to do so.

Fire officials say they’ve seen coverage across the board in our region.

They say most homes impacted by the 2012 Waldo Canyon Fire were insured; but that wasn’t the case during the Black Forest Fire.

The Colorado Springs Fire Department refers to that as an “uninsured fire”; where many homeowners lost their property and had no money to rebuild.

Fire officials say your home can fall victim to wildfire no matter the time of year.

"The wildfire season is a calendar year; January 1st to December 31st,” says Brett Lacey, Fire Marshall with the Colorado Springs Fire Department. "The most serious the Colorado Springs area suffered in its history was in 1850 and in 1951; and both of those fires happened in January.”

El Paso County is still under a burn ban.

Seasonal firefighters on the Colorado Springs Fire Department's Wildfire Mitigation team, which typically are employed for six months at a time, have been laid off.

If another wildfire was to break out, the department says they may not have enough resources to fight it.