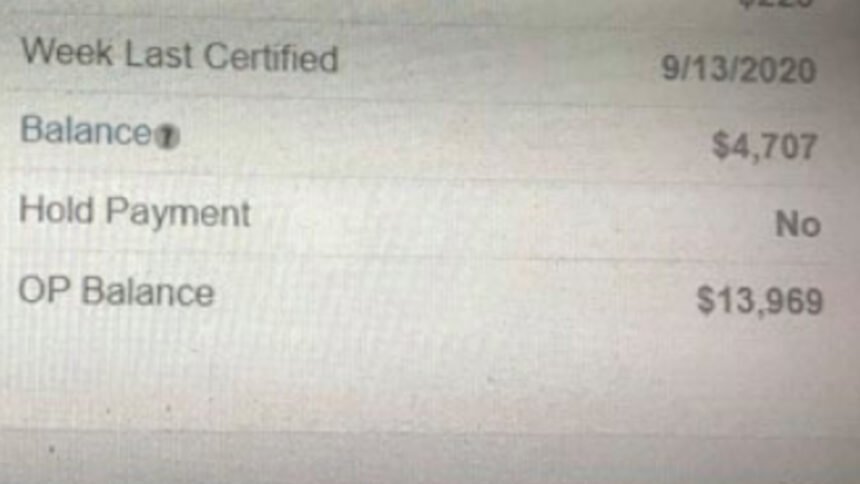 WOODLAND PARK, Colo. (KRDO) -- Confusion over a federal unemployment program has led to 9,000 Coloradans owing the state money for overpayments. In some cases, people owe more than $10,000.

That's the case for Woodland Park small-business owner Meggan Hurley. COVID-19 forced her to close the doors to her business and apply for Pandemic Unemployment Assistance to help her and her family.

"It was a Godsend to have that help," Hurley said. "But then there was a kicker." She's talking about a $13,000 overpayment to her account. The State tells her she needs to pay that money back.

"I mean getting that bill was horrendous," Hurley said.

She wasn't alone. Nearly 9,000 Coloradans received overpayments totaling $1.4 million. It led Hurley to create an online petition to bring attention to the issue after she noticed it was happening in other States.

The Department of Labor held a virtual conference regarding the overpayments on Thursday. Saying a lot of the errors were made in a rush to get relief to those in need.

"It appears there was confusion in reporting, over-reporting, misreporting and the third issue that we're seeing is potentially not even eligible for these benefits," says Deputy Executive Director for the Department of Labor Cher Haavind. She added that gig-workers were primarily responsible for the over-reporting.

For Hurley, it was an online system that inflated her benefits by $20,000. When she called the Department of Labor to report the error, she says "they said don't worry about, it this is just the system calculating your earnings so that we can give you the right amount of benefits."

Due to so much confusion, the State is giving these claimants a chance to waive those over-payments.

"If the claimant indicates to us that the offset is a result of a misunderstanding of the process or that it provides a financial hardship - then that would be considered as a write-off," Haavind said.

Haavind also said a new less-confusing form is being created for people who apply for this program.