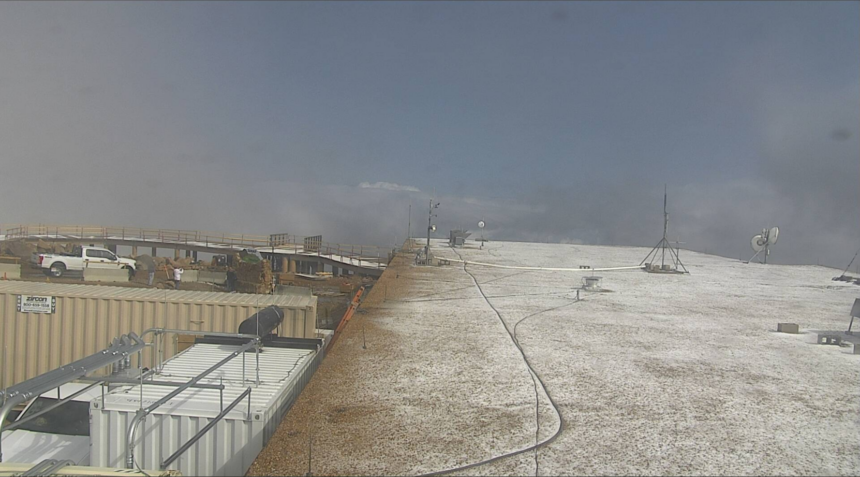 PIKES PEAK, Colo. (KRDO) -- With only three weeks left of summer, Colorado Springs has already started to see a shift towards fall-like weather, as seen by the dusting of snow on top of Pikes Peak.

A cold front swept through the state early Monday morning which pushed us to within 3 degrees away from a record low in El Paso County. And Pikes Peak hasn't been excluded from the drastic swing in temperatures.

We've recorded below freezing temperatures two of the last three nights at 14,000 feet, making a snow-covered mountain a more and more likely sighting.

As a matter of fact, a weather sensor measured .04" of liquid precipitation last night on the peak, which is equivalent to approximately .3" of snowfall. It may not be blizzard-like conditions, but still snow!

It's typical for Pikes Peak to get snowfall year-round, so getting worked up about a light dusting might just be the weatherman in me. In my opinion, winter can't come soon enough.