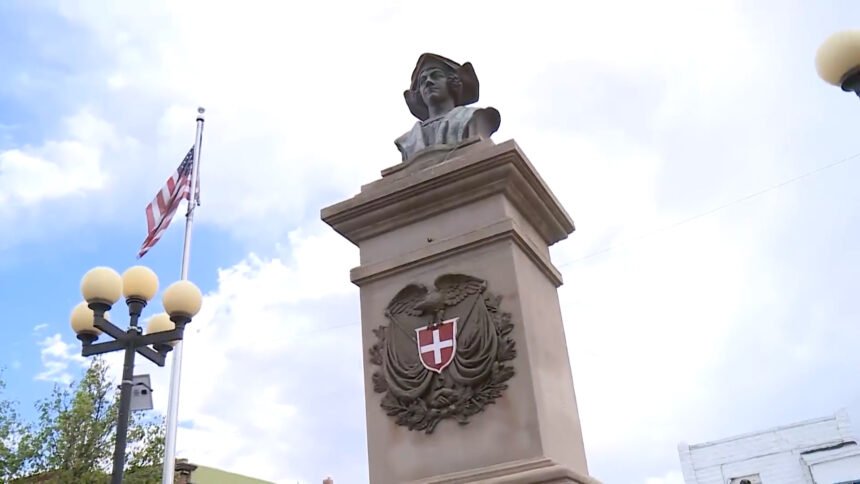 PUEBLO, Colo (KRDO) -- In unanimous vote, Pueblo City Council members voted to not allow the fate of a controversial monument be up to voters.

In a special meeting Monday that lasted nearly four hours, all seven council members, including the ones who wrote the ordinance, decided to not put the measure on the November ballot and instead continue mediation between both those who want the statue removed and those who want it to stay.

Dennis Flores, the President of the council believes this was the best decision. Saying putting it to a vote would only further divide the community, "We have the potential of bringing people together."

The statue, which is in front of the Rawlings Library, has attracted numerous protests, and some of them have turned violent. Protesters say the statue should be removed because of Columbus' treatment of indigenous peoples, but the Pueblo Sons of Italy say removing the statue would be an affront to their heritage.

As for what happens next, Flores says mediations between the two groups will continue. He also hopes that instead of removing the monument it can stay and place other historical statues alongside it if approved by the library. "That area where he sits, [make it] part of a museum in front of the library," Flores says. However, Flores expects it could take months before something is done. Protestors made it clear, they will continue to rally in front of the monument until it is removed.