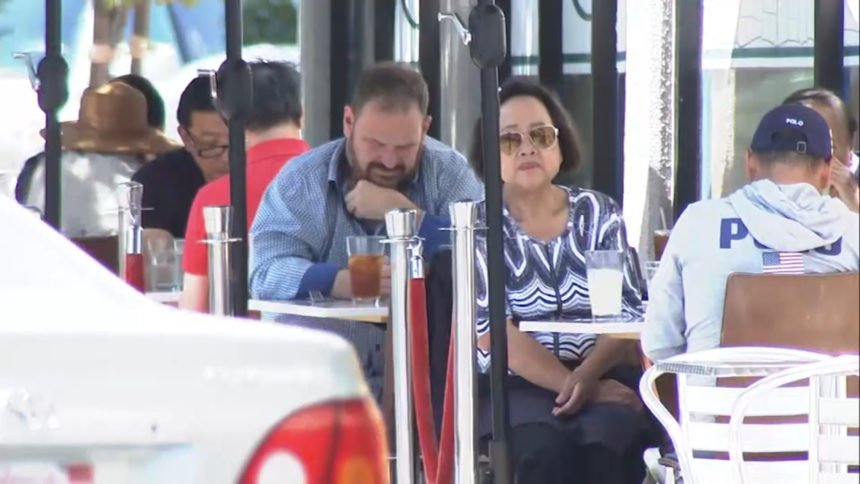 COLORADO SPRINGS, Colo. (KRDO) -- The El Paso County Sheriff’s Office says they won’t be writing citations to people who don’t abide by the new statewide mask mandate, leaving the enforcement of the order largely in the hands of business owners and managers.

Greg Howard, the owner of Slinger's Smokehouse in Colorado Springs and the President of the Pikes Peak Chapter of the Colorado Restaurant Association, says restaurant owners are relying on their customers to hold themselves accountable when it comes to abiding by the mandate.

Under the new statewide order, businesses - including restaurants - are not allowed to serve anyone without a mask on.

“I would imagine they do not have that kind of resource to go out ticketing people who aren’t wearing masks. People need to take responsibility themselves,” says Howard.

Though many people don't mind wearing masks, Howard says restaurants are anticipating some push-back from customers, but hopes they think twice before they do.

“We all understand that if these numbers don’t start declining again, we’re not going to be open,” says Howard. "There’s not a lot of us out here that can survive another shutdown.”

Howard says the health of his restaurant staff is dependent on people abiding by the mandate, too.

"Our staff all works very closely together, if one of them gets sick - multiple of them will get sick,” says Howard.

Though masks are required inside all restaurants, you can take yours off once you are at your table. If you don’t want to wear a mask, you can always opt to eat outside on the patio.

Howard says he, and other owners, are prepared to stand their ground when it comes to enforcing the mandate.

"It is a free choice. If you want to come out and dine at restaurants - this is something you have to do.”