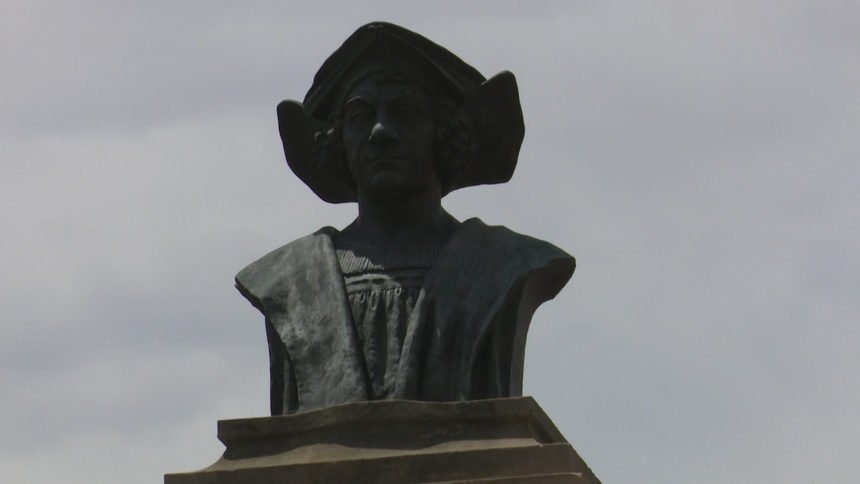 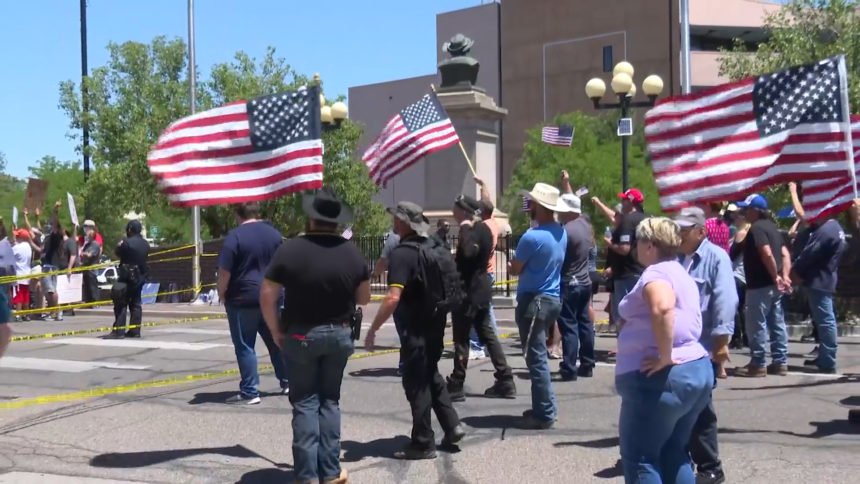 PUEBLO, Colo. (KRDO) -- After three weeks of protests at the Christopher Columbus monument on Abriendo Avenue in front of the Rawlings Library, protesters against the statue have formally requested the city to take it down.

In a resolution handed over to Mayor Nick Gradisar's office last week, protesters call for the safe removal of the statue of Christopher Columbus by August 8.

They also requested the city to hear from the community regarding a replacement monument, and called on Pueblo to formally recognize Indigenous People's Day on the second Monday in October in replacement of Columbus Day.

The resolution does not suggest where the statue should be moved to.

In the resolution obtained by KRDO, the protesters lay out their rationale for why the statue should be removed from the plaza.

Stating "history has borne out that Christopher Columbus and his crews under his command perpetrated egregious and systematic violence against countless indigenous peoples, and to this day, indigenous identify monuments to the man as traumatic reminders of the affronts to their ancestors."

The resolution makes it clear the removal of the statue does not mean erasing Italian heritage. Protesters say Christopher Columbus was falsely conflated with Italian heritage, and there are a number of other Italian candidates that are more deserving of praise.

However, the Resolution makes no mention of Cabrini Day. Earlier this year, Governor Jared Polis signed HB 1031, ending the state of Colorado's recognition of Columbus Day. Instead, choosing to celebrate Cabrini Day in honor of Italian Humanitarian Fraces Cabrini. Cabrini Day would take place on the first Monday of October, while the resolution suggests Indigenous People's Day would be celebrated on the second Monday in October.

The Sons of Italy, who have celebrated Columbus Day at the statue in Pueblo for decades, declined to speak to KRDO. However, they do support the protester's First Amendment rights, as long as they don't get violent.

During last Sunday's protests, two men were arrested and cited for trying to break through barriers set up by Pueblo Police.

Mayor Gradisar tells KRDO he could potentially use his office's authority to remove the statue without consent from City Council should people health or safety be put at risk.

However, the Mayor says if the statue were to be removed, the decision would have to come in the form of an ordinance passed by City Council, or the voters could decide the fate of the statue during the November elections.