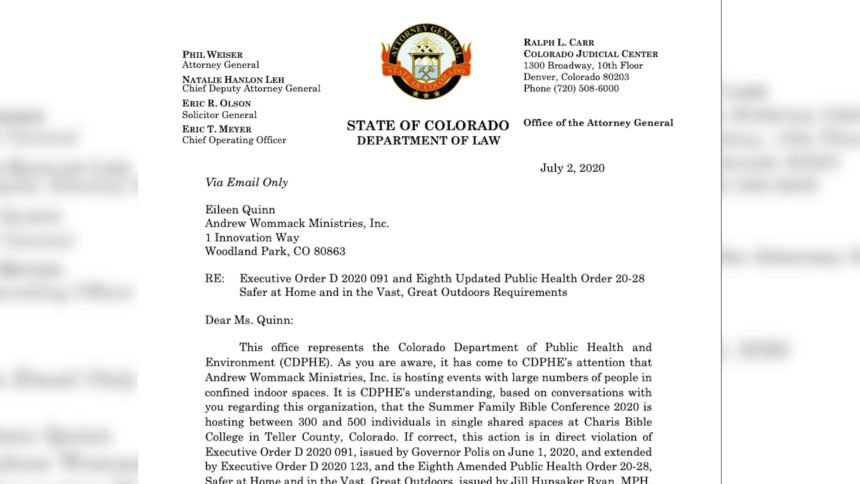 WOODLAND PARK, Colo. (KRDO) -- A cease and desist letter from the Colorado Attorney Generals Office was sent to a local ministry for violating state health orders.

The letter was sent to Andrew Wommack Ministries during their Summer Family Bible Conference 2020 event that lasted from June 30th through July 3rd. The cease and desist letter said the conference was in violation of state law and Teller county variance of having well above the 175 person limit at an indoor event. CDPHE says their investigation discovered the event had anywhere between 300 and 500 people at Charis Bible College.

Below is the entire letter.

The letter was sent on July 2nd. The next day Liberty Counsel on behalf Wommack Ministries sent a response letter to state officials saying they followed all the guidelines but acknowledged there were more people than what was allowed. According to Andrew Wommack Ministries' official Facebook page, there were about 1,000 people present including children.

Below is the entire letter of response

The letter cited that the group followed the 50 percent capacity rule saying the location where the conference was at hold 3,500 people and they only had about 1,000 people attend. However, the county variance does state that an indoor venue can hold up to 175 people or 50 percent capacity, whichever number is smaller.

It also discusses the statewide Black Lives Matter protests and how those were allowed despite no social distancing standards. Wommack addressed this in that same Facebook statement. "In light of the fact that protests with thousands had been permitted and even encouraged, and retail stores were allowed unlimited numbers in their stores without near the safety measures we employed, I felt completely justified in what I was doing. But the bottom line is that we have the constitutional right to freely exercise our faith and to peaceably assemble together."

The response letter ends with, "Should the Office of the Attorney General continue to disparate, discriminatory, and unconstitutional treatment of AWMI and its Bible Conference, Liberty Counsel stands ready to vindicate AWMI's constitutional rights in Federal Court."

The conference finished on July 3rd, despite the cease and desist letter and an event was also held on Independence Day. CDPHE officials tell us they are now reviewing their legal options. 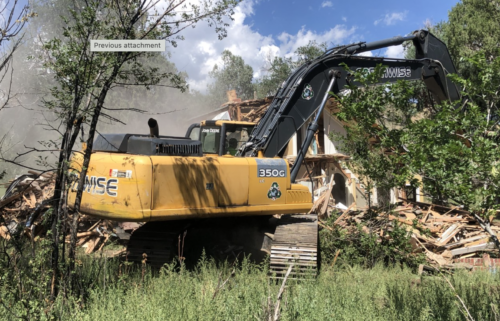 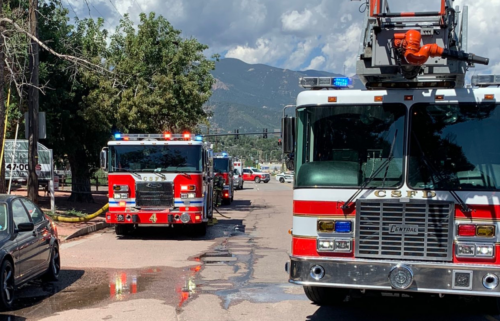