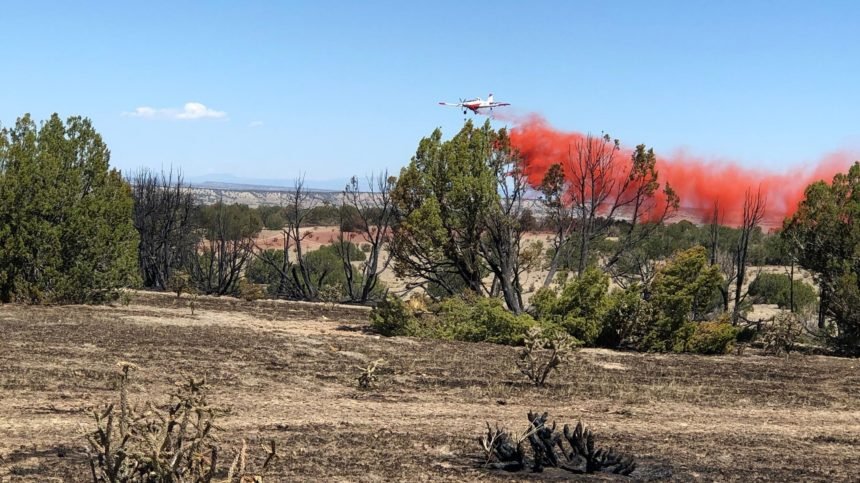 HUERFANO COUNTY, Colo. (KRDO) -- After a weekend of dry conditions, high temperatures, and heavy winds, crews increased containment of the Wilson Crossing Fire in Huerfano County to 60% of the fire’s perimeter.

On Sunday, single-engine air tankers (SEATs) supported ground crews through retardant drops in the morning while crews worked to construct and improve containment line," according to a Bureau of Land Management Press Release Monday morning. "Crews worked along the canyon rim and in the canyon to mop up remaining pockets of heat. The Type 3 helicopter provided bucket drops as needed."

Despite a Red Flag Warning in the area for Monday, the operation will be downsizing today a Type 4 organization.

"Resources will continue to be released from the fire and made available for other assignments. The smaller organization will consist of one Type 2 Initial Attack hand crew, two engines, a water tender, and support staff."

Throughout the fire's activity, smoke clouds could be seen from I-25 and neighboring communities. BLM officials do not expect large smoke clouds to be seen today.