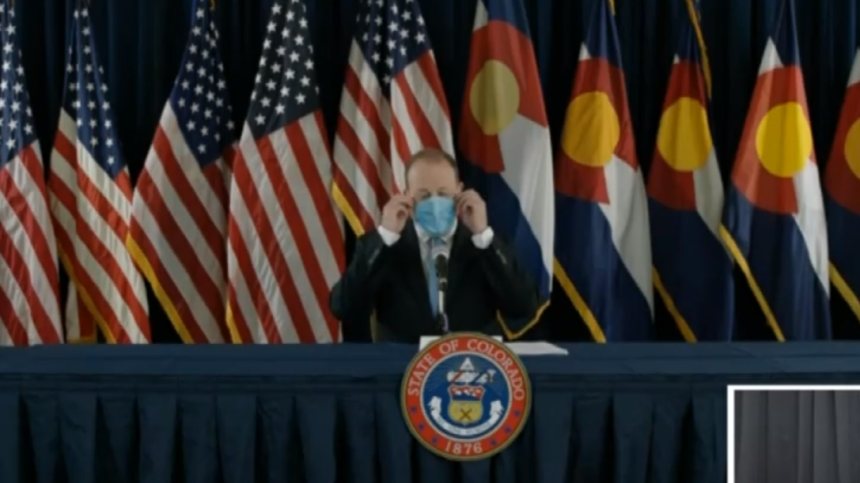 DENVER (KRDO) -- Colorado Gov. Jared Polis is giving an update and answering questions about the state's response to COVID-19 as restaurants around the state are set to reopen at limited capacities.

Governor Polis announcing that starting on Wednesday, restaurants will finally allow customers to dine inside their businesses. Some of the regulations he is implementing are ones we've hear before. Restaurants need to be at 50 percent capacity in-doors, no parties larger than eight people are allowed, tables must be six feet apart and cleaned after customers leave, as well as all workers wearing face coverings. However, he did announced two new rules not before mentioned.

The first is that restaurants need to have windows and doors open to increase airflow inside the restaurant. The second, is he is allowing expanded outdoor seating at restaurants with the goal of having more people eat outside than in.

Polis says, "It allows for more spacing and allows the restaurants to be able to survive because at 50 percent many of them can't get by. This is a why where they can be at 100 percent at the normal capacity or even more."

Summer camps are also set to reopen on the first day of June. Colorado courts will also reopen, but that may lead to problems for those struggling to make rent. Polis suggested he will not extend his executive order halting eviction orders. "I believe that courts will have some increased capacity in June, they certainly have other priorities but there are probably some folks that have been delinquent for some time that could be evicted," Polis says.

With all these reopening, Polis also talked about the possibility to reopen casinos, something people in Cripple Creek are hoping for after more than a thousand workers were laid off or furloughed. Sine there aren't casinos in every single county, Polis says it's not really up to the state to announce a reopening plan, it's really up to the counties those casinos are in.

"It's unlikely to be an overarching state-wide issue, it will be when counties are ready and have solid plans in place that they are able to show they are using the best science and learning from other areas that have gaming to reopen gaming in their areas," Polis says.

The governor says Teller County officials are already in talks with CDPHE about what their health guidelines could look like. But until they come to an agreement on what those guidelines are, there is no time frame yet on when those poker tables and slot machines will reopen.