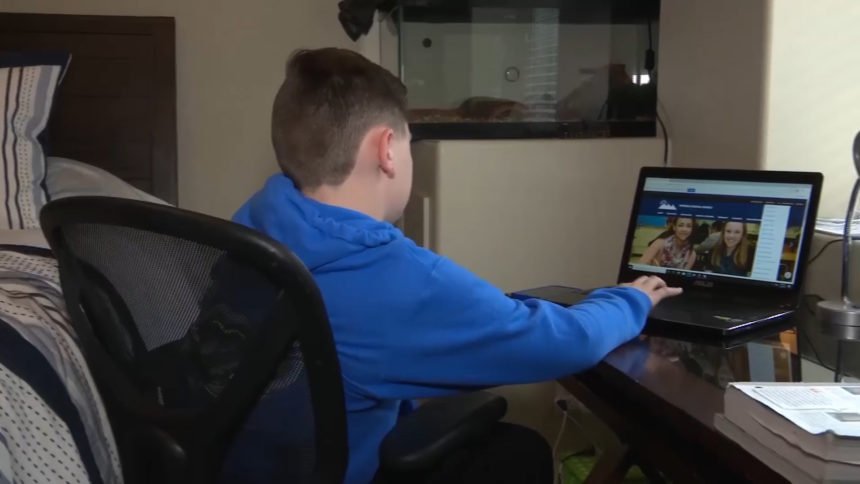 COLORADO SPRINGS, Colo. (KRDO) -- Between E-learning and statewide shutdowns, kids are spending a lot more time at home on their phones and computers, but too much screen time can have serious impacts on their physical and emotional health, as well as their safety.

Officials with the El Paso County Sheriff's Office say parents need to be vigilant in monitoring their children's browsing activity.

"People who like to prey on children like to disguise themselves on the internet," said Sgt. Deborah Mynatt with the El Paso County Sheriff's Office. "It may seem like a 14-year-old talking to another 14-year-old when in actuality they're talking to a 35-year-old person."

But it's more than just monitoring kids' devices.

Mynatt says parents also need to be monitoring their kids' behaviors, too.

Dr. Charity Jackson with Iron Horse Pediatrics says the impact on kids' moods really depends on what they're doing online and when.

"If they are engaging in conversations with their friends, I think it can be a benefit to them," said Dr. Jackson. "But there is a blue light that's emitted from screens that can mess up their sleep cycles when they're online too close to bedtime."

Though there are apps that can monitor screen times and browsing history, the sheriff's office says that's still not a fix-all to the problem.

"Just having an open dialogue with your children and education is going to be vital to fighting against predatory behaviors online," said Mynatt.

If you have noticed any suspicious activity in your child's online browsing history, you can report it here.