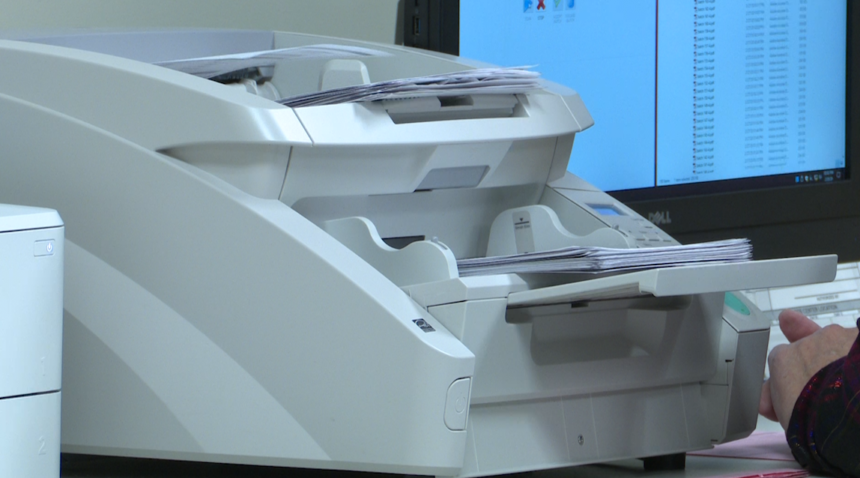 DENVER, Colo. (KRDO) -- In our last general election, Colorado was one of 21 states targeted by suspected foreign hackers. Since then, our state has led the way in election security by investing more than $6 million to protect against cyber attacks.

A federal report published in 2019 shows that the Senate Select committee on Intelligence feared a "Russian effort to mechanically mess with election infrastructure," meaning someone could have tried to change your vote, or dismiss it altogether.

Since then, millions of dollars have been invested in Colorado to make it one of the safest states for voters.

"You cannot manipulate the outcome of elections in Colorado because we use a paper ballot," says Colorado Secretary of State Jena Griswold.

But there's a catch: those votes are counted by electronic machines.
They're operated by Dominion Voting Systems, a software company based in Denver. All but two counties in Colorado and 25 other states rely on Dominion to make sure your vote is counted.

States like Texas says it wasn't good enough for them. During a mock installation, their secretary of state's office discovered gaps in the ballot marking portal, suggesting "a bad actor could add a USB device to the tablet while powered down that could remain undetected until after the election had ended."

Other equipment "took longer than expected for the scanner to scan and process each ballot" and had "the tendency for paper jams."

Griswold says that's not a problem in our state.

"The software that you install in that equipment actually comes to this office first, and our security team kicks the tires on it to make sure nothing has changed in the federal certification and us receiving it."

In secure rooms, voting judges meticulously go through every ballot, sometimes scanning them one at time. Crucially, no computer in the room is connected to the internet.

In 2017, the Center for American Progress ranked every state on their voting security. Colorado came in at the top with a "B" grade -- no state got an "A". Our score was only hindered by the fact that ballots from military members and others overseas are still counted electronically, accounting for some risk.

Griswold says they've thought of that as well.

"We are the only state in the nation that to return the ballot back to us, you do so through a an encrypted portal."

It's to ensure Colorado has done everything in its power to make sure your vote gets counted.

Another reason Colorado is ranked so high is because the state does audits on the counting machines before and after every election. They test a random batch of votes in every county to make sure they're correct.