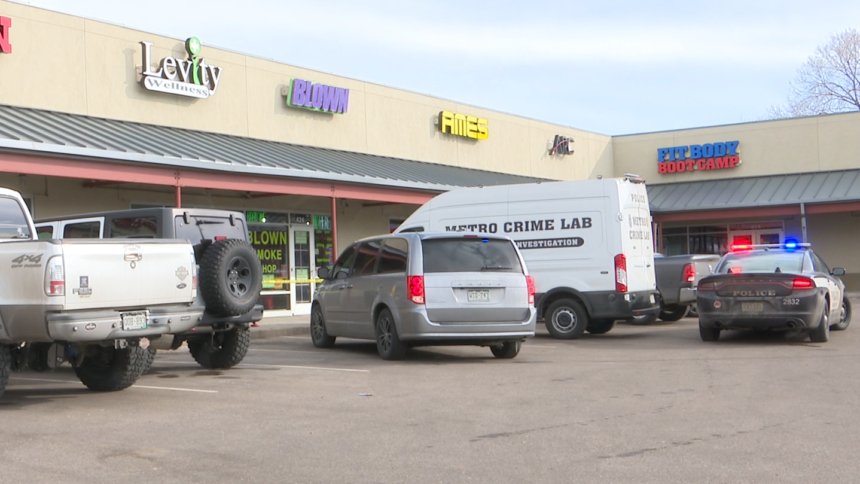 COLORADO SPRINGS, Colo. (KRDO) - An investigation is underway after a man was found dead late Tuesday night inside a store in Colorado Springs.

Colorado Springs Police responded to a shopping center on the 400 block of W. Fillmore St., around 11:50 p.m. Tuesday. Employees in the complex tell us the shooting happened inside the Blown smoke shop.

When officers arrived they found a deceased man. The CSPD Violent Crimes division assumed the investigation. At this time this case is considered a homicide.

According to CSPD, the victim was identified as 25-year-old Benjamin Nandin.

Police gave an update Thursday saying that surveillance video showed a person drive up to the shop and enter the store around the time of the killing. It's not clear if this is a suspect, but police identified the person as a witness.

Police described the vehicle as an early 2000s Ford Explorer or similar style SUV, red in color with tan trim.