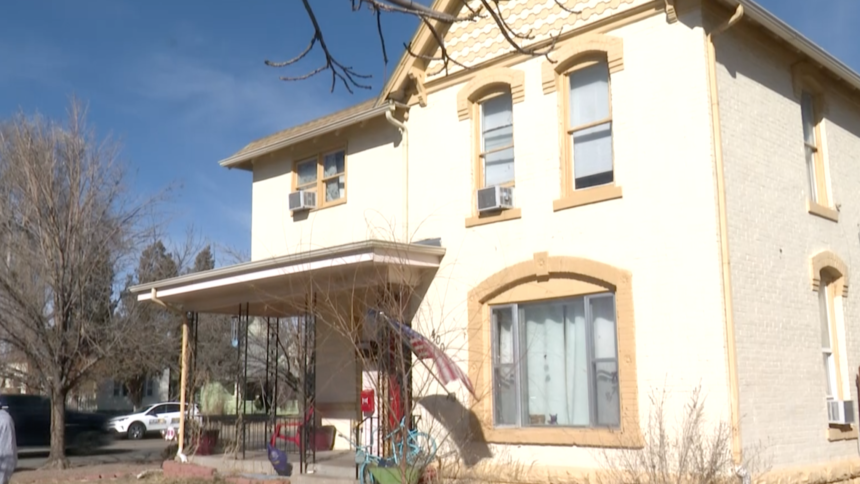 Pueblo, COLO. -- A Pueblo apartment building with a well known owner was shut down on Friday, after complaints of inhumane conditions inside.

KRDO crews were there when building department investigators and police showed up to 400 Routt Ave. on Friday to post the notice.

Many of the people who live inside the building are homeless veterans in transition, trying to get back on their feet. Many others are people who have gotten in trouble with the law and are trying to do the same.

Now, they're all being told they have two days to move out and the owner, lawyer Jim Koncilja, has been asked to address the mess inside.

Pueblo police say five people were arrested on prior warrants, and at least a dozen code violations were filed during a prior investigation on Tuesday.

"They told us it was a checkup but it ended up being part of a raid," said resident Eugene Bonney.

Bonney and other residents told KRDO they pay $550 for a room that’s sometimes shared. They say the bathrooms and kitchen are also communal.

"You can't even go to the restroom without feces coming out," complained Bonney.

He said the mess in the toilet has spread to the hallway, through the floor, and to the first floor.

He also says there are problems in one kitchen. "The stove, one burner's on high and that's all you got," Bonney explained.

"My wife and I cleaned up urine and throw up," said Larry Payne, who also lives there. "The dumpster on the side is overflowing week after week."

Residents say drugs and homeless people hanging out there seem to be big issues as well.

"They'll be in the living room sleeping on the couch," Payne agreed.

Police say Koncilja has been tasked with fixing the laundry list of problems inside the home which residents say is housing dozens of people.

Sgt. Ortega told us the biggest issue: the boiler is out.

"There's one source of heat in the kitchen and if you look at this building it's a pretty big building so it's not quite enough."

We called the landlord Jim Koncilja's law office Friday and left a message with his assistant to get his side of the story. We have not yet heard back.

Police tell us Koncilja has already fixed a good portion of the issues since Tuesday's inspection, but people won't be allowed back until everything is fixed and the new boiler is installed.

We're told that could take a while. In the meantime, officials at the building department told us they’re residents' resources to find new homes.