The 9-8 vote took place in a special session, where the committee heard from attorneys for both Gov. Ron DeSantis and Israel as well as public comments. A full senate vote on whether to reinstate or permanently remove Israel from his position is scheduled for Wednesday.

DeSantis suspended Israel by executive order in January in part for the department’s response to the February 14, 2018 shooting at Marjory Stoneman Douglas High School, which left 17 people dead and 17 injured. The governor alleged Israel was incompetent and negligent in his duties related to the shooting at Stoneman Douglas and another a year earlier at the Fort Lauderdale airport. Five were killed and six injured in the 2017 shooting.

Israel has been fighting to get his job back since then and has sued the governor, alleging his removal was based on political reasons. DeSantis is a Republican who was elected governor last year; Israel is a Democrat first elected as Broward County sheriff in 2012 and again in 2016. He has already filed to run again in 2020.

People on both sides of Israel’s reinstatement brought their thoughts to the meeting.

“We have to hold people accountable for their failures because that is the only way people will get serious about fixing the problems that occurred ofn February 14th, and voting to not reinstate Scott Israel is our first step in the right direction,” said Gena Hoyer, the mother of 15-year-old victim Luke Hoyer.

The mother of Coach Aaron Feis, who died shielding students during the shooting, could barely get the words, “I don’t want him reinstated” out through her tears.

Supporters of the suspended sheriff also showed up at the State Capitol in Tallahassee on Monday, wearing buttons with the words “The People’s Sheriff” printed on them. They told the committee it should be the voters who decide whether to remove the sheriff.

No matter what the state Senate decides, the outcome is expected to be controversial.

According to Florida statute, the governor has the power to suspend the sheriff for actions such as “misfeasance” and “neglect of duty” and may fill the office by appointment for the period of suspension. The actual power to remove the sheriff from office, though, is in the hands of the state Senate — and it is the Senate that must determine whether the governor’s reasoning for Israel’s suspension meets the statute for removal.

While acknowledging the emotion behind this case, Republican and Democratic lawmakers repeatedly expressed concern about what kind of precedent could be set if the governor is allowed to remove an elected official from office.

The committee began the special session by questioning the state Senate-appointed “special master,” Naples attorney and former Republican lawmaker J. Dudley Goodlette, about his examination into whether Israel was properly terminated.

Goodlette recommended that Israel be reinstated. He kicked off the daylong session by taking questions from the Senate Rules Committee about his findings, which are non-binding and act simply as a recommendation to the Senate.

In his 34-page report, released in late September, Goodlette wrote that the sheriff and his office “are not blameless for the tragedy at Stoneman Douglas,” but added, “the evidence offered has not demonstrated that Sheriff Israel should be removed from office based on this incident.”

Goodlette called the widely-panned response from the Broward County Sheriff’s Office to the Stoneman Douglas shooting “a culmination of individual failures … most notably Deputy (Scot) Peterson.”

Peterson, who retired from his position with the sheriff’s office after the Parkland massacre, was criticized for staying outside the building where the shooting was happening, staying in one spot for more than 45 minutes. Peterson has been charged with seven counts of felony neglect of a child, culpable negligence and perjury. His attorney called the charges “politically motivated” in June and said they would “vigorously defend against these spurious charges.”

Goodlette also wrote that DeSantis failed to present enough evidence to warrant the termination, stating, “While the governor has offered a plethora of criticism, he has not shown that Sheriff Israel’s policies procedures or trainings on active shooter situations are inconsistent with Florida law enforcement standards.”

During questioning Monday, the attorney representing DeSantis said the suspension decision was based on three major factors, including Broward County not responding properly to calls involving the Parkland shooter before the massacre happened and the failures of deputies to actively engage during the shooting itself. The attorney, George Levesque, noted the governor took into consideration what changes he felt should have been made by the sheriff’s office between the airport shooting in 2017 and the one in Parkland.

“These failures are properly and legally laid at the feet of Scott Israel for two reasons. One, the law makes him responsible for the acts of his deputies. And he’s also responsible for the incident commanding control failures because he knew of the deficiencies related to the incident command and responses and did nothing to correct them in between the Fort Lauderdale Airport shooting and the Marjory Stoneman Douglas shooting,” Levesque said.

“It is generally held that a sheriff and his deputy are one and the same person and the acts of the deputy may be imputed to the sheriff,” Levesque added.

Benedict Kuehne, Israel’s attorney, told the committee its decision should be simple, saying multiple times that the special master determined DeSantis did not meet his burden in proving Israel should be removed from office.

“Did the governor present sufficient evidence? The failure to do that requires reinstatement,” said Kuehne. “Sheriff Israel has never, never taken the position that anybody, including himself, acted perfectly. He does, however, assert the position that officers were trained and knew their responsibility and had to act based on knowledge and information they had or that was relayed to them.”

Before the special session began, Ryan Petty, whose daughter, Alaina, was killed in the Parkland massacre, pleaded with Israel to stop pushing for his job back. 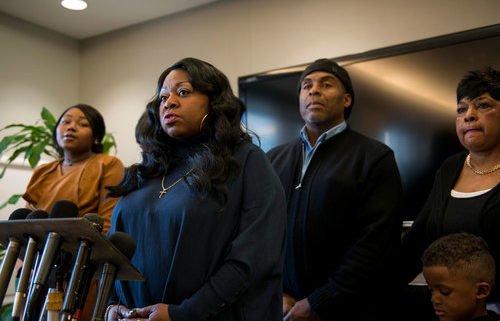