The Biden campaign ramped up its criticism of Facebook in a second letter to the social media giant, calling for the platform to reject another false anti-Joe Biden ad.

In Thursday’s letter, Biden campaign manager Greg Schultz blasted Facebook for what he called a “deeply flawed” policy, saying it gives “blanket permission” for candidates to use the platform to “mislead American voters all while Facebook profits from their advertising dollars.” The ad was paid for by a political action committee called The Committee to Defend the President.

Schultz wrote that the campaign will continue to mount challenges, saying, “In the coming days and weeks, Facebook will be hearing from us about these concerns, which are shared by countless other candidates, citizens, and organizations that prioritize the health of American democracy.”

In an email obtained by CNN from Facebook’s head of global elections policy, Katie Harbath, Facebook replied that the ad in question is not currently active on the platform.

“The ad you wrote us about is currently inactive on our platform and is not running. Should it become active it would then be sent to third party fact checkers where they would have the option to review it,” Harbath said.

The ad, which is now inactive, accuses the 2020 Democratic presidential candidate of “blackmailing” US allies, alleging impropriety while he was vice president and his son Hunter served on the board of a Ukrainian energy company. There is no evidence of wrongdoing by Joe or Hunter Biden. The ad ends with the narrator saying, “Send Quid Pro Joe Biden into retirement.”

The Biden campaign sent the letter the same day Facebook CEO Mark Zuckerberg delivered a speech at Georgetown University defending free speech. That day, the campaign also released a statement in which it called Facebook “unprepared” for this “unique moment in our history and how little it has learned over the past few years.”

This is the second letter the campaign has sent to the platform asking it to reject the false anti-Biden ad. Facebook rejected the first request, leaving itself open to criticism not only from the former vice president, but from another 2020 Democratic hopeful — Massachusetts Sen. Elizabeth Warren.

Warren recently ran a false ad on Facebook deliberately to draw attention to the issue. Facebook then tweeted at Warren that the “FCC doesn’t want broadcast companies censoring candidates’ speech.” It continued, “We agree it’s better to let voters — not companies — decide.”

This prompted Warren to fire back: “You’re making my point here,” she tweeted. “It’s up to you whether you take money to promote lies.”

Under current policy, Facebook exempts ads by politicians from third-party fact-checking — a loophole, both Biden and Warren allege, that allows Zuckerberg to continue taking money from President Donald Trump’s campaign and its supporters despite Trump’s ads spreading lies about Biden and his son. While it allows politicians to run ads with false information, its policy does not allow PACs to do so. Facebook does not fact check ads from PACS before they run on the platform.

Trump’s efforts to pursue unfounded claims about the Bidens are at the center of the impeachment inquiry he currently faces. 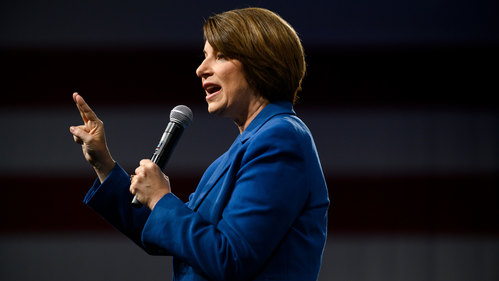 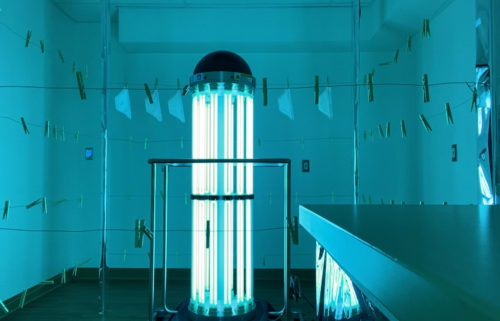