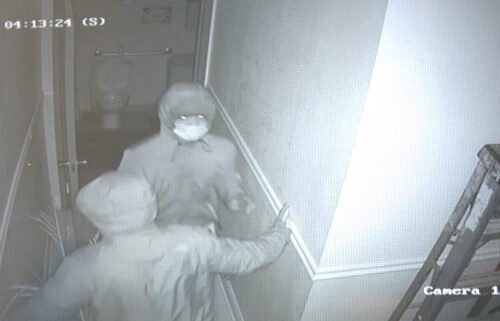 The driver of a pickup truck was arrested early Sunday morning after police say he hit another car while he was driving on the wrong side of the road on East Northern Ave in Pueblo.

The crash happened around 2 a.m.

Police tell us they expect Deherrea to face additional charged as the investigation wraps up – including leaving the scene of a crash.

Investigators say Deherrea’s license plate fell off at the scene, and that’s how they were able to track him down.

Police say there was a woman riding in Deherrea’s passenger seat who was brought to the hospital with minor head injuries from the crash.

They say the driver of the car that was hit is going to be okay.

Police say he’s a young man who was driving home from work at the time of the crash.