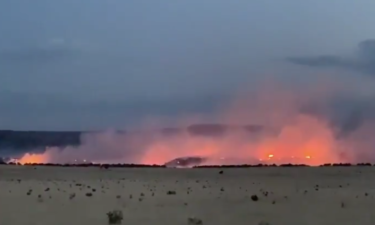 The 21st Space Wing at Peterson AFB held a special ceremony Thursday morning with their annual Prisoners of War/Missing in Action remembrance ceremony at the Peterson Chapel.

Since World War II, thousands of men and women have been unaccounted for.

Mark L. Stephensen II, the vice-chairman of the National League of POW/MIA Families, said more than 30,000 have a possibility of being recovered from World War II. He says this annual event is very near and dear to his heart.

“To instill in people and remind them that the effort is ongoing. This isn’t something that just happened 50 years ago. It is something that is going on right now. There are teams in the country looking for unreturned veterans U.S. Service personnel who did not come back,” Stephensen said.

And it’s not just Peterson Air Force Base, this annual event is nationwide.

“It’s my privilege to remind these men and women in service now that we have their backs,” said Stephensen.

However, military personnel across the nation choose to honor it in different ways. All week long, Peterson Air Force base has held different events to honor POW/MIA including a flag-raising ceremony, a retreat ceremony and a 24-hour run.

National POW/MIA recognition day is observed on the third Friday each September.