After decades of calling trekking up and down Pikes Peak, three cog railway cars have been retired and moved into storage in Colorado Springs.

Two cars arrived at the lot off of Marksheffel Road and Constitution Ave. on Monday, and the last one arrived Tuesday morning.

While Pikes Peak is still in view, the three cog cars are now further from the mountain than they’ve been in more than half a century.

“These massive cog cars all vary in weight, but on average, each one weighs about 70,000 pounds,” said Mario Elliot, director of logistics for GE Johnson Construction.

He also says getting the cogs to their temporary home wasn’t an easy task.

“They had to pick up the cars simultaneously because of the weight and land them on a trackpad landing system that the cog engineers came and built last week,” he said.

And if you’re wondering why they’re there, it’s also because GE Johnson Construction is a contractor for the future site of one of the 78-passenger cars.

“One of these cars will eventually end up at the new proposed Switchback stadium. As far as longevity for the stay, I believe that hasn’t been determined yet,” Elliot said.

It’s all happening as the railroad is preparing for its $100 million reconstruction project.

While the cars won’t be heading up the mountain anymore, they’ll continue to be enjoyed by visitors looking for a taste of the past.

The new project is expected to be complete in 2021, with the three cog cars soon to be replaced with new ones from Switzerland. 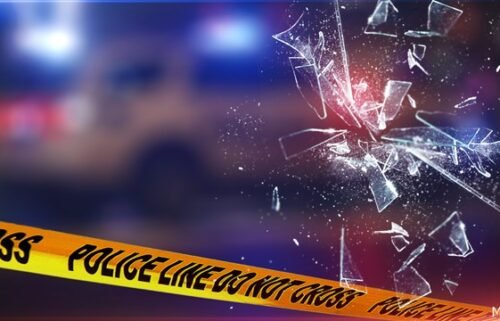