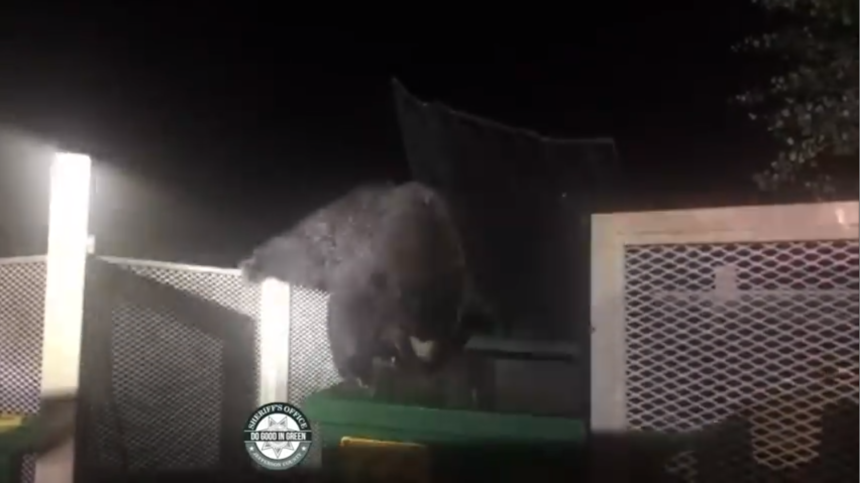 JEFFERSON COUNTY, Colo. (KRDO) -- An encounter with an angry mother bear and her cubs nearby doesn't usually have a happy ending in Colorado, but the Jefferson County Sheriff's Office has a good story to tell about a recent rescue.

Earlier this week, deputies with the Mountain precinct were called by someone who reported that some bear cubs had fallen into a commercial dumpster and couldn't get out.

The mother bear was still nearby and wouldn't let anyone near the dumpster to attempt a rescue of the cubs, the caller reported.

JCSO says the deputies were able to distract the sow long enough for the lids of the dumpster to be flipped. Two of the bear cubs were then able to escape on their own immediately, but a third was lingering inside the dumpster.

A deputy somehow managed to place an object in the dumpster without getting mauled, and the third cub was able to escape and climb away.

Watch the full encounter below: