DENVER (Nov. 4, 2019) – The end of Daylight Saving Time brings with it much more than just an extra hour of sleep this past Sunday. In fact, the seasonal shift in our sleep patterns, combined with new lighting conditions during morning and evening commutes, significantly increase the risk of a car crash for several weeks following the switchover.

"Shorter days mean many of us will commute home from work in the dark," said AAA Colorado spokesman Skyler McKinley. "That's a problem, in part, because we've gotten used to nearly eight months of daylight during the evening commute. That all changes now. Sunset is one of the most challenging times to drive, as your eyes must frequently adjust to increasing darkness."

AAA recommends that motorists prepare for night driving by reducing speed and increasing following distances, ensuring that headlights and taillights are operational, and getting plenty of rest before driving.

Behavioral Changes Increase RiskParadoxically, even though we should be gaining an hour of sleep, the disruption to our sleep patterns helps drive fatigue-related crashes.

Researchers at Stanford University and Johns Hopkins University, in partnership with the Insurance Bureau of British Columbia, found that changes in motorist behavior as Daylight Saving Time ends fundamentally increase crashes following the time change. Why? Initially, people stay up later than usual, anticipating they'll get an extra hour of sleep, and end up driving drowsy. The broader disruption to our body's sleep/wake cycle and circadian rhythm, meanwhile, can last up to two weeks.

Sleep-deprived drivers cause more than 6,400 deaths and 50,000 debilitating injuries on American roadways each year, per the National Sleep Foundation.

Symptoms of drowsy driving can include trouble keeping eyes open, drifting from lanes, or not remembering the last few miles driven. Alarmingly, however, more than half of drivers involved in fatigue-related crashes experienced no symptoms before falling asleep behind the wheel.

"Your body can't always warn you that you're too tired to drive," McKinley said. "The only safe bet is making sure you get enough sleep."

Research from the 2016 AAA Foundation for Traffic Safety report on sleep deprivation and motor vehicle crashes shows that missing just one to two hours of sleep in a 24-hour period nearly doubles crash risk. All told, drowsy driving contributes to more than one in five fatal crashes on U.S. roadways each year.

Additional data from the 2017 AAA Traffic Safety Culture Index show that more than 95 percent of motorists consider drowsy driving "completely unacceptable" – and yet, three in ten Americans admitted to driving when they were too tired to keep their eyes open at least once in the past month.

"America's problems with drowsy driving stem from this 'Do as I say, not as I do' mindset," McKinley said. "The end of Daylight Saving Time gives us a good reason to review our driving habits, especially because traffic death rates are three times greater at night than during the day. Get enough rest, and be mindful of everyone on the roads – other drivers, bicyclists, and pedestrians."

AAA Tips for Pedestrians and Bicyclists

About AAA Colorado
More than 695,000 members strong, AAA Colorado is the state’s greatest advocate for the safety and security of all travelers. As North America’s largest motoring and leisure travel organization, AAA provides more than 60 million members with travel, insurance, financial, and automotive-related services — as well as member-exclusive savings. A not-for-profit organization since its founding in 1923, AAA Colorado has been recognized as the number one Colorado company its size for its advocacy, community engagement, and corporate social responsibility efforts – and is a proud member of Points of Light’s “The Civic 50 Colorado,” recognizing the 50 most community-minded companies in the state. For more information, visit AAA.com. 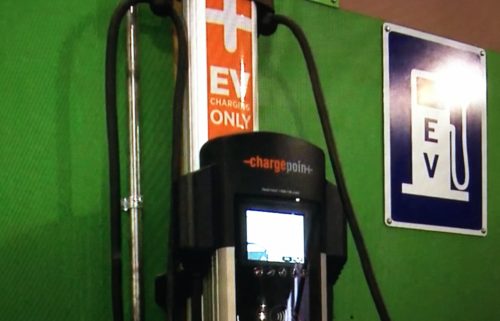