Oh the sweet sound of golf club clanging in a bag. The Pueblo West boys golf team won't have to keep their clubs in their bag this fall, "Oh I was ecstatic," says Pueblo West senior, Toby Salians. P Dub is ecstatic because even though they came up a bit short in the Class 4A state tournament last year, finishing second, they believe this is their year, "We're not gonna try and win. We're gonna win. This could be our year. I mean after taking second last year we have high hopes," says Salians. Pueblo West junior Adam Whittlef added, "If we play even better than we did last year then there's not many people out there that can beat us,"

"We have a great chance this year. Winning team state has been my main focus," says Pueblo West sophomore Noah Wagner. Winning state might be their main focus, they also want to put Pueblo West golf on the map, "Everywhere we go we're just a dominant team. We just put our name out there, I mean it's Pueblo West no one knows us but now they know us," says Salians, "I think that's because we are a smaller town so no one really kind of pays attention, everyone pays attention to like Denver and Springs and all them places. There's more than just those guys out there," says Whittlef "The most important thing is to have the school be number one we're gonna be-I want us to be the best," says Salians. 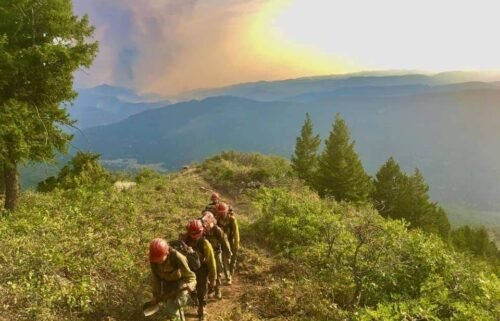