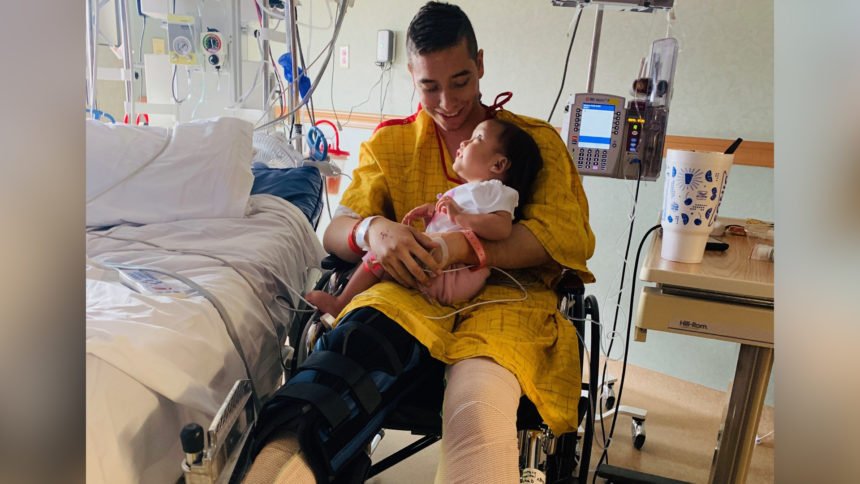 Jonathan Richardson's family claims he was attacked Monday afternoon in an apparent road rage incident that left him burned by a chemical and severely injured in his lower extremities.

They say it happened near the intersection of Pike Avenue and 2nd Street in Alamosa. Police say the suspect walked towards Richardson's vehicle and poured an unknown chemical onto Richardson's windshield and hood.

Police say the suspect fled the scene. Police say Angela Holmes, a 41-year-old woman from Alamosa has been arrested, and police are looking into charges against a man as well.

Holmes is facing multiple charges, including vehicular assault, failure to report an accident, assault, and child abuse since a juvenile was in the car.

Richardson's family says he also suffered two broken legs as a result of getting pinned between two vehicles.

"Next thing I know I was getting back into the car because we stopped talking and they went into reverse and pinned me against the car and my jeep," Richardson said.

Richardson was also forced to drive himself to the hospital in Alamosa.

Due to the severity of his injuries, he was flown to Colorado Springs for immediate surgery.

"I was our only source of income to support our family and now I can't work," he said.