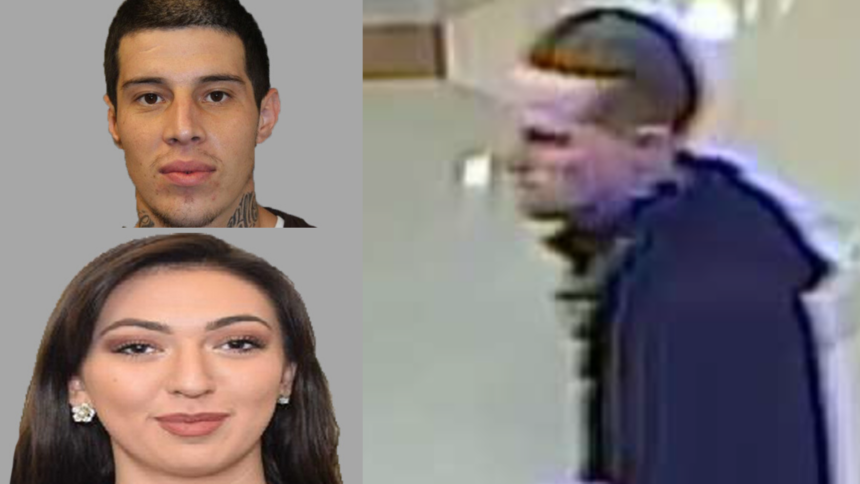 COLORADO SPRINGS, Colo. (KRDO) -- Colorado Springs police are putting you on the lookout for a man accused of breaking into a car.

Overnight on April 30th, police believe a man broke into a car on the 2500 block of Edendery Drive on the Northside of Colorado Springs.

Police say the suspect got away with the victim's wallet and a tactical knife. His picture was captured after using credit cards found in the wallet and making unauthorized purchases.

The suspect is described as a white male, who is about 20-30 years old, with a slender build and short blond hair. Police say he was wearing a dark-colored sweatshirt, tan shorts, and tan or black shoes during the incident.

Pueblo police are putting you on the lookout for a man and woman on the run together.

Jason Martinez and Vanessa Valdez are accused of evading police after committing several crimes. Police say both are accused of identity theft and have warrants out for their arrest.

Martinez is also accused of several other crimes including aggravated motor vehicle theft, driving under restraint, no insurance–owner, registration-fictitious plates, and shoplifting.

If you have any information on their whereabouts, call Pueblo Police at 719-553-2502 or leave an anonymous tip at www.pueblocrimestoppers.com.