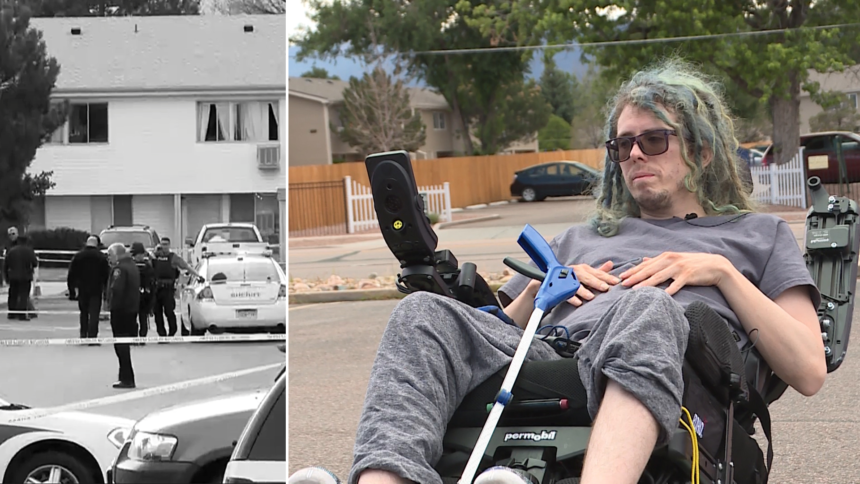 COLORADO SPRINGS, Colo. (KRDO) -- February 5, 2018, might have been two and a half years ago, but for Thomas Villanueva, that day is every bit as poignant today.

It's the last day Villanueva walked on his own.

The Colorado Springs man had walked across the street from his Murray Hill apartment for a snack, and, on his way back home, was shot in the back during an undercover sting operation.

The state of Colorado paid Villanueva $30,000 through its victim compensation fund, which was the highest amount allotted by statute. It was barely enough to pay for his new handicap-accessible van and motorized wheelchair.

Villanueva filed a federal civil suit (PDF) against El Paso County Sheriff Bill Elder, then Colorado Springs Police Chief Peter Carey, and multiple officers involved in the sting, including the estate of deceased Deputy Micah Flick. The complaint alleged that Villanueva was not warned to avoid the area, and that BATTLE team members did not identify themselves as detectives.

"I wasn't in the wrong place at the wrong time. I was in my place. You allowed me to walk in that perimeter, that's it," said Villanueva, tearfully. "I'm going through hell and back right now."

May 29th, 2020, Chief United States District Judge Philip A. Brimmer ruled in favor of the defendants (PDF) on all claims, ordering the case closed.

It served as another reminder of the gravity of Villanueva's condition.

Today, he is asking for GoFundMe donations to build a physical therapy gym in his father's garage, given that injuries to his diaphragm put him at a heightened risk, should he contract coronavirus while receiving therapy in a public establishment.

If anything, Villanueva dreams his therapy could eventually help him feel not just pain.

"When you take a shower today, or any day, just remember that you can feel the water in between your toes. That's my dream -- to feel the water between my toes."