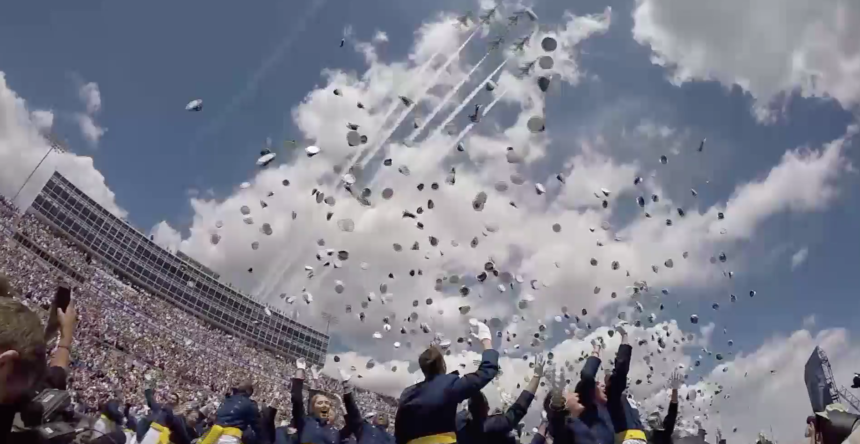 U.S. AIR FORCE ACADEMY, Colo. (KRDO) -- The U.S. Air Force Academy announced last week that not only will their graduation be held six weeks early, but friends and family won't be allowed to attend due to coronavirus concerns. It remained a mystery if the Thunderbirds would still perform their annual flyover as cadets toss their caps in the air.

Now, we know that the Thunderbirds will in fact be there to honor the graduating class.

Both the Academy and the Thunderbirds tweeted about the development Friday.

"The superintendent has just announced the @AFThunderbirds will be part of the Class of 2020 Graduation Ceremony, performing a pass for the iconic hat toss," said the Academy in a tweet.

We're still awaiting the full details of the graduation ceremony, which will be available to the public by live stream.

We’re proud to be performing the flyover of the 2020 USAFA Graduation Ceremony 🎓🇺🇸 https://t.co/7GZh4lKUmb