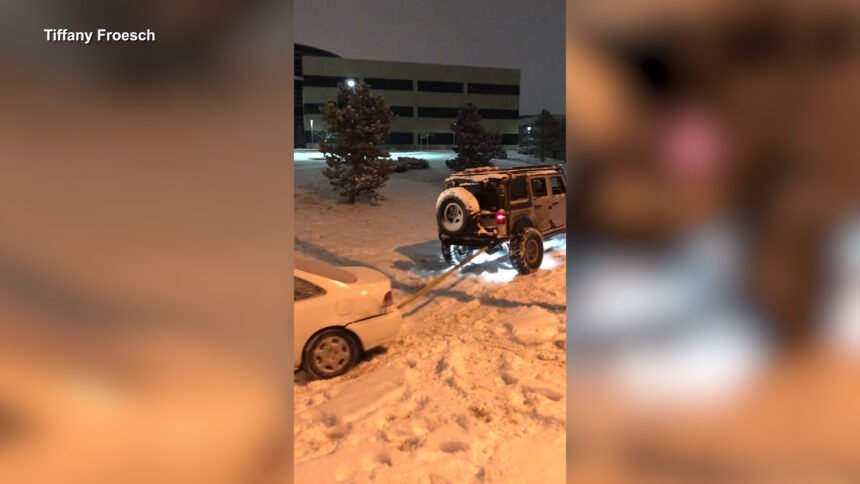 COLORADO SPRINGS, Colo. (KRDO) — A snowy to start the week in the Pikes Peak region proved problematic for some drivers who got stuck until good samaritans intervened.

There are several local groups that are committed to providing similar civilian assistance, but little did drivers know, they would find help in the most unlikely of places Monday night.

Bennett went out on a limb by skipping the sarcasm and extending a genuine helping hand.

“For a page that is mostly for people just trolling on each other and talking complete trash, I’m surprised at how much attention the post got,” Bennett said.

Before too long, Bennett got a bite. He said someone messaged him asking if he could help out a car that slid off the side of the road at Platte Avenue and Space Center Drive. Several other members in the group showed up with jeeps, winches, and tow straps to help out.

“I’ve seen many cars stuck in ditches, but that specific vehicle was in a ditch but also at the beginning of a storm drain,” Bennett said. “It only had three wheels touching the ground.”

The snow samaritans successfully pulled the car out of the ditch and the driver avoided a tow bill. Bennett said that’s the whole reason he reached out to the group, to help people.

“A lot of us need help right now,” Bennett said. “In these uncertain times, who am I to say that my little efforts couldn’t change someone’s day in a positive manner?”