Overview: We’ll start the weekend warm ahead of a series of waves that will bring much colder air and chances for wintry precipitation to all areas. Many areas will receive some snow with each wave, and each wave may produce pockets of significant snowfall, but the areas most heavily impacted by each wave will vary. The first looks to hit the northern mountains the hardest late Saturday night and Sunday, the second probably brings the heaviest snow to the mountains of central and southern Colorado Sunday night and Monday morning, and then after a short break the third looks to bring more snow to many areas Tuesday and Tuesday night. All areas will be chilly for several days.

Today: After a crisp start we expect a warm afternoon with passing clouds and breezy pockets. High temperatures will warm into the 60s and 70s for the plains with mainly 50s over the mountains.

Tonight: Partly cloudy and mild early, then windy and turning colder with low clouds and fog developing along and east of the mountains late. By morning a light wintry mix of drizzle, freezing drizzle and light snow may develop along and north of the Palmer Divide, and also over the northern slopes of the Raton Mesa. We don’t expect any heavy precipitation locally through the early Sunday morning, but particularly over the Palmer Divide some icy windshields and wet and/or spotty slick roadways could greet travelers. Low temperatures will fall into the 20s over the higher terrain along and west of I-25 with primarily 30s for the plains.

Sunday: The first upper level wave will produce areas of heavy snow over the mountains of northern Colorado on Sunday where winter driving conditions are likely. The cold air will remain quite shallow over much of southern Colorado limiting precipitation, but low clouds, patchy fog and an intermittent, light wintry mix of drizzle, freezing drizzle and very light snow should be expected along and east of the mountains at times through the day. For areas within this shallow layer of cold air the temperatures will hover in the 20s and 30s , but the San Luis Valley may remain protected from the shallow layer of cold air by the Sangre De Cristo Mountains and could warm into the 50s with some sun and a strong southwesterly wind. The cold air looks to deepen over the Pikes Peak Region during the afternoon which could increase snowfall a little late in the day and possibly increase the chances that travelers will run into some slick spots on the roadways, but it does not appear we should expect any heavy snow over our major population centers on Sunday so it looks like slick travel is most likely farther north.

Extended: Snow should become more widespread Sunday night into Monday over southern Colorado as a second wave approaches the area. Currently it appears the Wet Mountains will receive the heaviest snow from this wave, but several inches of snow may also fall over parts of the Pikes Peak Region. It seems most likely that the greatest impacts to travel over our major population centers will occur late Sunday night into Monday morning. By Monday afternoon the second wave should be clearing the area with some clearing possible, but the air will remain chilly with temperatures only in the 20s and 30s . As wave three gets closer to the area Monday night the low clouds should redevelop over much of eastern Colorado and more snow appears likely to develop on Tuesday when slick travel could again occur. Tuesday night looks snowy and very cold with temperatures falling into the single digits for many areas. We should dry out but remain chilly on Wednesday. Right now Halloween looks mostly sunny and a little warmer with high temperatures back into the 40s for many areas. Friday could be a bit cooler again. 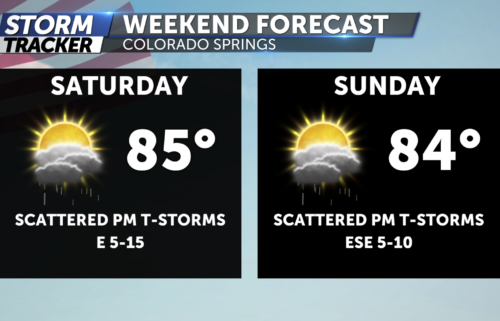 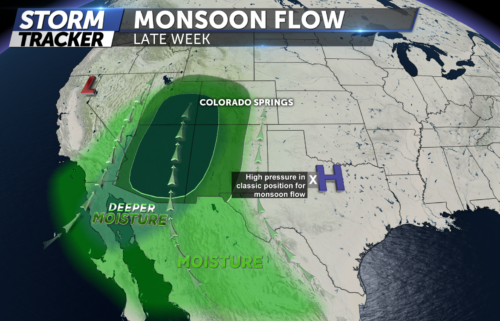 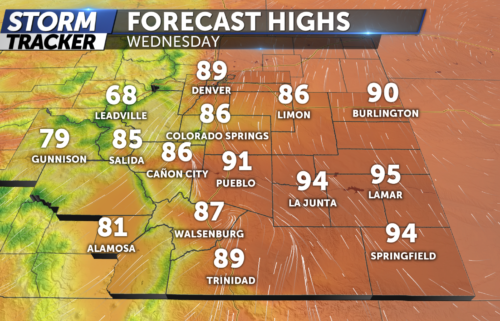