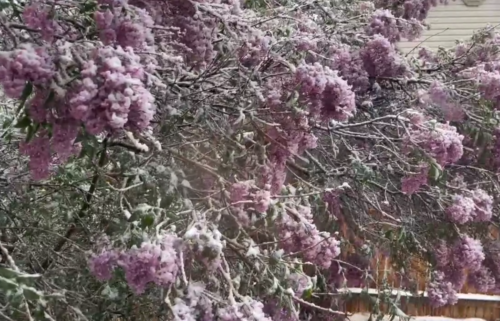 COLORADO SPRINGS, Colo. (KRDO) -- This Saturday, more than a hundred cadets at the U.S. Air Force Academy will become second lieutenants. But aside from the unusual precautions in place due to the coronavirus outbreak, the class of 2020 will feature another first: the first officers to be inducted into the U.S. Space Force.

Cox says, "It's been a really cool process and it's just an honor to be apart of the first class."

Cox will become a Space Operator and Scheibner will be a Cyber Space Operator. Both are members of the small but growing 90 person squad with Space Force. Already they've taken some light-hearted ribbing from friends and family.

"I've been getting a lot of the Space Cadet jokes," Scheibner said. "I think those are awesome."

Since there is some mystery surrounding what Space Force is, the next question they get asked is what exactly their jobs will entail.

"They are asking about my job and what our operations are going to look like and more often than not my answer at the moment is, 'Well, actually I don't know,'" Scheibner said.

Because the military's most recent branch is so new and still without a permanent headquarters, this small group will be laying down the foundation of what's to come.

"We're starting a brand new page, it's wide open," said Cox. "The Air Force is very willing to let us take it and run and do our own thing with it and I think a lot of people are excited to see where we go with that."

While it's been a little nerve-racking not knowing exactly what the future holds, both say it was an exciting opportunity they couldn't pass up.

"It was a gamble. I just think that I really couldn't pass up the opportunity to be apart of something new," Scheibner said.

"I am so excited to move on to the Space Force to see that family atmosphere and those opportunities turn into challenges and successes," Cox said.

As for graduation, there have been a lot of changes this year which includes the start of a new tradition. Those headed to Space Force will be wearing platinum and silver sashes instead of gold for Air Force.