Few companies have gained more of an advantage during the pandemic than America’s warehouse club giants.

During the early days of Covid, shoppers flooded into Costco, BJ’s and Sam’s Club — which were deemed “essential” businesses and stayed open through lockdowns — to load up on groceries and household staples such as toilet paper. Those customers are still coming 22 months later and many are buying even more stuff for their homes and families than they did before the crisis.

Millions of customers signed up for club memberships for the first time and held onto them, pushing the chains’ member rolls to all-time highs.

Warehouse clubs have “gained quite a bit of share during Covid and continue to,” said KK Davey, the president of strategic analytics at market research firm IRI. “Lots of members have signed up. Once you’re in the club, you continue to buy.”

Their sales and profits have surged during the pandemic, lifting their stock prices.

Shares of Costco — the largest club and third-biggest retailer in America behind Walmart and Amazon— have increased around 90% since March of 2020.

Sam’s Club, the second largest, is a subsidiary of Walmart, and its sales have increased at a faster clip than Walmart’s.

BJ’s, the smallest of the three clubs, has seen its stock explode around 240%.

But 2022 may bring more challenges for these chains, say analysts.

As prices stay high, some shoppers may cut back on the discretionary subscriptions they aren’t using as much. If you have an Amazon subscription, a Netflix subscription, an Apple one, Walmart+ and countless others, do you really need to pay 50 or 60 bucks a year just to step foot in a shopping club?

When the Covid outbreak started, many customers cut out their third and fourth favorite stores and focused on visiting only one or two.

They made fewer trips to stores to minimize potential exposure to the virus, but loaded up when they were inside and spent more. This played right into the hands of warehouse clubs, which specialize in selling giant packages of ketchup, toilet paper and cleaning wipes.

This trend has continued into 2021.

Many people are still working remotely or are in a hybrid model. That means they’re still spending more on groceries than they were before the pandemic and sprucing up their living rooms, home offices and backyards.

Warehouse clubs had the highest growth of customer visits to stores of any retail channel in 2021, according to IRI data.

The membership model also leads customers to spend more than they would without one, say analysts. A sunk-cost fallacy often drives people to keep buying to try to get the most bang for their subscription fees.

Clubs are more than happy you take that approach: “The more members buy, the more valuable the membership is to them,” Sam’s Club CEO Kathryn McLay said in an email.

While warehouse clubs have not traditionally been a top choice for online delivery, the companies took steps before the pandemic to build out their e-commerce businesses and technology options.

Wholesale clubs “haven’t always been convenient,” BJ’s CEO Bob Eddy said in an email. “We have changed that.”

In the early stages of the pandemic, Sam’s Club and BJ’s also added same-day curbside pickup for customers buying online.

These moves have paid off, helping clubs draw members eager to avoid stores and instead order for delivery or curbside pickup.

Sam’s Club is finding that first and second-year members are likelier “to be more digitally engaged” than veteran members, CEO McLay said.

The warehouse club model only works if these chains can sign up members every year and convince them to renew.

They make money off membership dues, and the more members who pay them, the lower the clubs can drive prices. Without that fee income, the concept unravels.

The companies have locked in new members during the pandemic, many of them younger families who moved to the suburbs and purchased their first homes.

Sam’s Club does not publicly disclose membership numbers, but they are at a all-time company highs, McClay said.

The majority of new members at Sam’s Club are Millennial families, who buy in bulk for their kids and growing household needs, she said.

BJ’s has added around 600,000 new members since Covid-19 began, bringing its membership base to more than 6 million.

“The pandemic has led to younger families moving out of cities to the suburbs,” said CEO Eddy. “Many of our members join when they start a family.”

Costco has added more than 6 milliolan members during the pandemic and now has close to 62 million members.

Millennials make up the majority of new members at Costco, said finance chief Richard Galanti, adding that his chain has answered some analysts’ doubts that Costco was only a store for young shoppers’ parents.

“One of the concerns people have had over the years is that we’re for old people,” he said. “But where else can you get an 8-pack of organic fresh kale?”

The future of clubs

Despite these clubs’ success during the pandemic, their path gets trickier from here.

As more people return to offices, eat out at restaurants, go to movie theaters and resume pre-pandemic patterns, they may decide to cut back on $300 or $400 runs to Costco or Sam’s. That would squeeze sales.

Rising prices may also lead some members to let their memberships lapse, especially ones who recently joined.

As the help of federal stimulus fades and most goods get costlier, shoppers may be forced to make trade-offs. If they’re not using their warehouse club memberships as frequently as Amazon Prime and other ones, clubs may get cut.

“As budgets get tighter, there will be a rationalizing” of memberships, said KK Davey from IRI.

Still, the clubs say people will be looking to save money on groceries and other stuff as prices rise.

Low prices are “why they pay the membership fee,” BJ’s Bob Eddy said. “That becomes even more relevant in today’s inflationary market.” 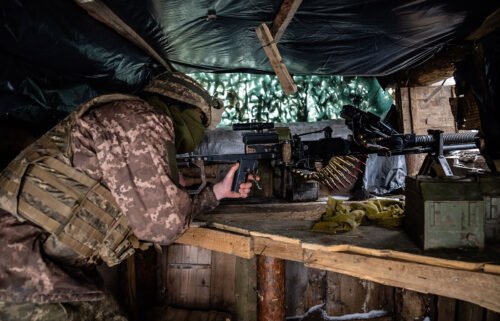 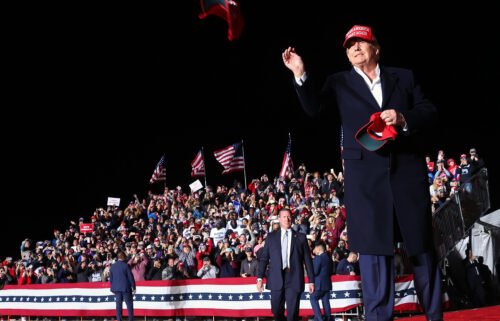