Crews are working to restore power to hundreds of thousands of New Englanders who woke up in the dark Wednesday after a powerful nor’easter dumped heavy rain and downed power lines.

Massachusetts was the heaviest hit with outages as nearly 500,000 homes and businesses lost power at some point, according to Gov. Charlie Baker. The situation improved later in the day, but there were still around 348,000 customers experiencing outages early Thursday, according to PowerOutage.us.

Meanwhile, the entire state of Delaware along with significant parts of the Jersey Shore and southern areas of Long Island are under a coastal flood advisory through Thursday evening, CNN Meteorologist Michael Guy said.

Residents could expect “up to a foot of inundation above ground level for low-lying areas,” he said.

“Rounds of tidal flooding along the coastal areas could last through Friday as the storm keeps moving away from the coast,” Guy added.

The high winds were a challenge Wednesday as crews tried to restore power.

“National Grid and Eversource and the other utilities are already working to restore power where they can. But in some cases, they do need to wait until the winds come down before it’s really going to be safe to get up into a bucket truck,” Baker said during a news conference.

The system, which was expected bring to heavy rain across areas in the Northeast, led the governors of New Jersey and New York to declare states of emergency in advance, just weeks after remnants of Hurricane Ida triggered severe flooding.

A nor’easter is a storm along the East Coast with winds typically coming from the northeast, according to the National Weather Service. The storms can occur at any time of year but are most common between September and April.

In winter, temperatures associated with a nor’easter can be much more extreme than in the fall, which can lead to more intense storms and snow. The storms can cause beach erosion and rough ocean conditions, with winds of 58 mph or more.

‘It was one of the worst I’ve seen’

Eversource, New England’s largest energy provider, said additional crews from out of state were arriving to aid the efforts in restoring power.

Baker said Wednesday that the power outages were primarily concentrated in the South Shore and Cape area.

Joe Kidston was one of the Massachusetts residents without power Wednesday morning. The electricity went out at his home in Hingham as howling wind pushed down trees around 3 a.m., he said.

“It was one of the worst I’ve seen,” Kidston said of the storm.

CNN affiliate WBZ-TV reported that some residents in Plymouth, the storm was worse than they expected.

“You know what, I think I underestimated it,” Patrick Gorse told the news outlet. “I knew it was going to be windy. I just wasn’t expecting to wake up to a tree in my driveway.”

Another resident, Kholoud Swenson, said: “We lost some siding of the house, and we lost a couple trees around the house.”

Eversource had warned that tens of thousands of customers could lose power in the storm, as early season nor’easters present a greater risk.

“When trees still have most of their leaves, the risk of tree-caused outages with a nor’easter is much higher,” according to Sean Redding, an Eversource vegetation management official. “Weighed down by the rain, the leaves act like a sail, causing the tree to bend with the wind.” 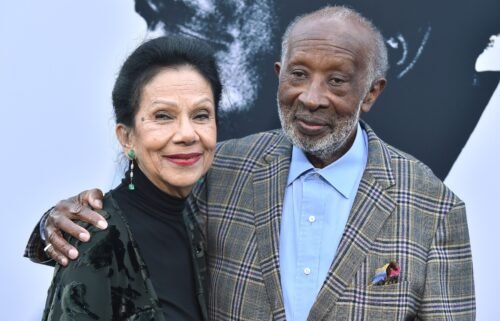 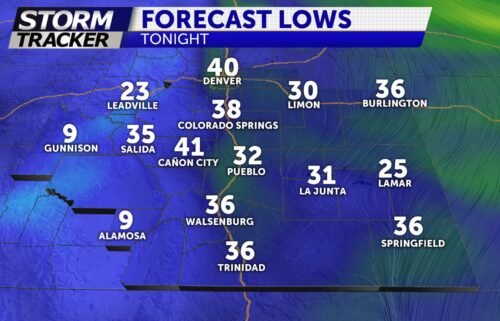