President Joe Biden participated Thursday in a CNN town hall in Baltimore, taking questions from anchor Anderson Cooper and local residents about his legislative agenda and a variety of other topics.

Biden made some false claims, along with making other claims that could have used additional context.

Here’s a fact check of some of his claims from Thursday’s town hall.

Biden and the border

A college student asked Biden: “Given that it’s nearly been a year into your campaign, why haven’t you been to the southern border of our country?”

After Biden addressed another immigration question from the student but ignored that one, Cooper followed up. Biden then responded, “I’ve been there before, and I haven’t — I mean, I know it well. I guess I should go down. But the — but the whole point of it is: I haven’t had a whole hell of lot of time to get down.”

Biden explained that he has been spending time inspecting hurricane damage and “traveling around the world,” then added, “But I plan on — now, my wife, Jill, has been down. She’s been on both sides of the river. She’s seen the circumstances there.”

Facts First: Biden’s claims need context. Jill Biden’s last visit to the border was in December 2019, during the presidential campaign, not as first lady. Also, the only evidence the White House has cited for Joe Biden’s claim that he has himself “been there before” was a Friday statement that Biden’s motorcade briefly drove near the border during a campaign trip in 2008 — when he was on his way from an airport in the border city of El Paso, Texas, to a rally in a New Mexico town that is located just under an hour from the border. CNN couldn’t immediately find evidence of a specific Biden visit to, say, a border facility or to US personnel stationed at the border.

White House press secretary Jen Psaki said at her Friday briefing that “he did drive through the border when he was on the campaign trail in 2008.” It’s not clear what Psaki meant by “through.” Regardless, if this drive was what Biden was talking about when he said he had “been there before,” he certainly could have been clearer about the fact that he was referring to a passing moment in a car rather than some sort of deliberate migration-related stop. (The Washington Post reported Friday that this 2008 drive took Biden on a route “that for a few minutes hugs the border.”)

Psaki said Friday that the President “does not believe a photo op is the same as solutions.” She said that former President Donald Trump had visited the border but had not delivered positive results on immigration.

The “most important thing,” Psaki said, is that Biden “has worked on these issues throughout his entire career, and is well-versed in every aspect of our immigration system, including the border. That includes when he was Vice President, and he went to Mexico and Central America 10 times to address border issues and talk about what we can do to reduce the number of migrants who were coming to the border.”

Though Biden mentioned foreign travel as one of the reasons he has not gone to the border as President to date, he has made only one trip abroad during the first nine months of his pandemic-era term — a June trip to Europe. He is scheduled for another Europe trip next weekend for a G20 summit and United Nations climate conference.

After he was asked a question about taxes on the wealthy, Biden said that under “this present tax code, the highest tax rate is 35 percent.”

Biden said, “When I first was elected, there were only 2 million people who had Covid shots in the United States of America — had the vaccine. Now we got 190 million, because I went out and bought everything I could do and buy in sight, and it worked.”

Facts First: Biden’s “2 million people” assertion was inaccurate no matter which way you parse it — slightly off if you decide to be charitable, way off if not. Also, Biden gave too much credit to his own administration’s vaccine purchases. The Trump administration purchased enough vaccine doses to fully vaccinate at least a large percentage of the 190 million people who have received two shots at present.

Let’s look first at the issue of credit. According to the Government Accountability Office, a nonpartisan watchdog for Congress, “As of December 31, 2020, the government had at least 800 million vaccine doses under contract expected to be delivered by July 31, 2021, pending any issues with clinical trials, (emergency use authorization) issuance, or other factors.” That included 200 million doses each of the Pfizer and Moderna vaccines that would prove by far the most popular with Americans. Also, the Trump-era contracts with Pfizer and Moderna gave the US the option to buy hundreds of millions more doses.

Even with millions of doses being wasted after delivery, the contracts signed during the Trump presidency covered, at minimum, a large majority of the people who have been vaccinated so far.

Biden is free to boast that his administration’s own actions have resulted in more people getting vaccinated than would have under a Trump administration whose pandemic response was widely criticized. Asked about Biden’s claim, a White House official noted Friday that the Biden administration bought additional doses in January and again in the summer, and that the administration used the Defense Production Act to allow Pfizer to accelerate its vaccine manufacturing by getting easier access to critical supplies it had struggled to obtain.

All of that is fair enough. But Biden was still hyperbolic here in giving sole credit to his own purchases.

Let’s now turn to Biden’s claim that “only 2 million people” had Covid shots when he was first elected.

Obviously, only the tiny number of Americans who participated in clinical trials had received Covid-19 shots when Biden was elected in November, since public vaccinations began in December. But even if we look at the situation when Biden first took office on January 20, his claim that “there were only 2 million people who had Covid shots” is at least a bit incorrect.

According to data from the US Centers for Disease Control and Prevention, more than 18 million people in the US had received at least one shot at the time. But Biden did say “shots,” plural, and he was comparing this figure to the 190 million current figure for fully vaccinated Americans, so he was likely referring, imprecisely, to the number of people who were fully vaccinated early in his presidency.

Even then, though, current CDC data says 3.4 million people were fully vaccinated on January 20. Biden might have been thinking of news reports from January 20, based on CDC data available at the time, that put the number at around 2 million, but the CDC numbers get updated over time as more information comes in and vaccinations are assigned to the date they actually occurred instead of the date they were reported.

Biden said that “there are over 800,000 sites right now that exist in America where you can go get a vaccine.”

Facts First: This needs context. Fox Corp., which owns Fox News, has a Covid-19 vaccination policy stricter than the one Biden plans to impose on many US companies — and Fox News hosts, like CNN journalists and others, have described Biden’s policy as a “mandate.” However, it’s important to note that Fox Corp. does not actually require that employees get vaccinated. Rather, in a September memo, Fox Corp. announced that it would require unvaccinated employees to get tested daily.

Biden said, “We’ve created more jobs in the first eight months of my administration than any president in American history.”

Facts First: This is true, but the circumstances of Biden’s first eight months are so different from the circumstances that greeted every other newly elected modern president that meaningful direct comparison is effectively impossible. Biden took office less than a year after the economy shed more than 22 million jobs in two months because of the pandemic. Even with the jobs rebound that began in May 2020, the US still has about 5 million fewer jobs than it did before the pandemic hit. In other words, Biden-era gains — an average of more than 600,000 jobs added per month from February through September — are still filling the giant pandemic hole.

Biden is free, of course, to argue that he is doing a good job filling that hole. But his president-versus-president boasts should be viewed with contextual caution.

This is a breaking story and will be updated. 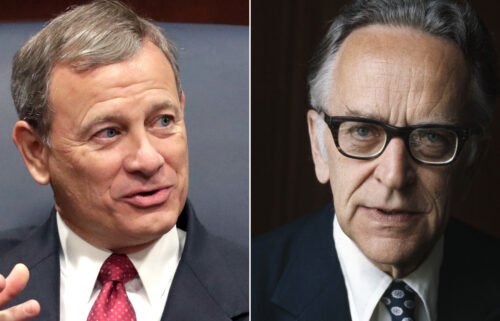