One vehicle lost control on rolled onto its side along U.S. 24, just east of Powers Boulevard; a man at the scene said that his daughter was driving at the time and wasn't injured.

Another rollover happened along northbound Interstate 25 between North Academy Boulevard and Briargate Parkway; a pickup truck slid off the highway and rolled onto its side -- cracking its windshield, spilling the contents of its bed, tearing off a sideview mirror and coming to a stop facing southbound.

Emergency responders had left the scene when KRDO arrived, so it's unclear if anyone was injured in that crash.

KRDO noticed several vehicles that had skidded or slid off roads and became stuck, with drivers waiting for tow trucks to arrive -- and towing companies no doubt busy Wednesday.

Generally, traffic flowed slowly and smoothly on major roads and highways as far east as U.S. 24 in Peyton. 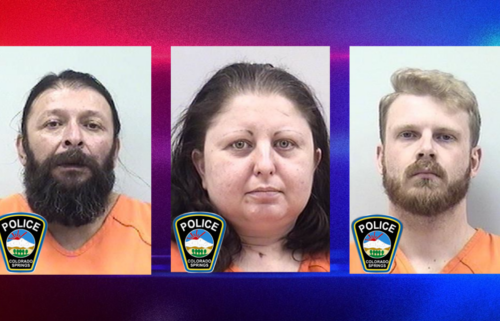