According to the new ordinance, it will be unlawful for a massage parlor to operate within the City of Colorado Springs without a valid massage business license for each premise starting September 1. Massage licenses must be renewed yearly, and the annual fee is currently set at $110.

KRDO’s investigation into illicit spas began in January of 2019 after discovering a large number of these spas were in the Colorado Springs community. 13 Investigates quickly learned that some of these spas were using very suggestive online ads that made it clear sex was for sale.

In February 2019, 13 Investigates met with Mayor Suthers to show him the ads and make him aware of our investigation. At that time, he suggested we meet with then Colorado Springs Police Chief Vince Niski.

After speaking with Niski, he set up a meeting for us with the head of the Colorado Springs Police Department's Metro Vice Unit. The Vice Unit acknowledged back then they knew these were houses of prostitution, and while they had made periodic busts for prostitution, the women would pay the fines and the spas would stay in business.

13 Investigates discovered that the all-female and all Asian staffs were most often human trafficked and moved from city to city in an underground organization, which even the feds had a tough time penetrating.

“Our experience here are these women are usually from [North or South] Korea and China, and they usually come into the West Coast through California and then make their way eastward," Lt. Comte explained.

13 Investigates staked out several spas in the spring of 2019. What we captured was a stream of only male customers. Lunchtime was the most popular hour for men to visit the spas.

Our team also staked out at night from 9 p.m. till 1 a.m., closing time was at 10 p.m. While some women who worked in the spas came out to smoke after closing, all of the women stayed inside in all three spas we staked out and slept there, which is in direct violation of city code. Colorado Springs city law states you cannot sleep where you work.

Former 13 Investigates reporter Stephanie Sierra then booked a massage in a few different spas and kept her phone recording as she spoke with the women working there.

Police would later tell 13 Investigates they believe women working inside might be victims of human trafficking.

During our investigation in 2019, 13 Investigates learned of an ordinance created in Aurora, Colorado aimed at getting rid of the spas.

13 Investigates then met with the president of Colorado Springs Council Richard Skorman and shared the Aurora legislation with him and also outlined what we had found.

In 2019, we told him that Colorado Springs had 36 active spas and also showed him reviews men had written in Rub Maps.

Rub Maps is an underground website where men write reviews of the type of sex they had at various spas. Police use the website to identify illicit massage parlors.

"It's a big priority. We've all been watching the local coverage that you've been doing and it's more of an issue than we realized. So we want to see what options are out there," Former Springs Council President Richard Skorman said in 2019.

We also told Skorman that almost all the illicit spas were in shopping centers next to places like churches, after-school learning facilities, and a wide variety of small businesses.

That brought up the question of who are the landlords renting spaces to these businesses. 13 Investigates set out to confront the landlords.

Below is a clip of a confrontation we had with one of the landlords in 2019:

While landlords weren't eager to speak to us, many nearby businesses agreed to talk.

Many of them said they wanted the spas gone and out of their area.

In April 2019, 13 Investigates received a tip that one of the illicit spa owners was going to be flying out of Colorado Springs to Vegas with what we were told was a bag full of cash for a potential money laundering scheme.

Our team staked out the airport, only to find ourselves inside a bust aimed at Hye Kyeung Seo. Colorado Springs Vice Cops aided Immigration and Customs Enforcement (ICE) officers in arresting the woman and taking the bag she had with her.

13 Investigates learned that she had overstayed her visa by 16 years and was held for months at an ICE facility in Aurora. She was eventually released from the ICE facility a few months later, but the federal government refused to disclose what happened to her.

Through records, 13 Investigates revealed that a majority of the spas did not even have business licenses. Additionally, despite the City of Colorado Springs having an ordinance requiring sexually oriented businesses to register, the city had not deemed these spas as sexual businesses.

While investigating the specific illicit spas, we found it wasn't easy to identify who owned these spas. Some were owned by LLCs and others had names that couldn't be found in database searches.

In 2019, we produced an hour-long documentary in December of 2019 that outlined everything our investigation had turned up at that point.

However, that was just the beginning of our look at illicit spas in Colorado Springs. Every few months, 13 Investigates would provide updates on the status of illicit spas in the city.

In March 2020, when COVID-19 hit Colorado and forced other businesses to close, 13 Investigates confronted a spa that stayed open.

At a city council session in the spring of 2021, the police department confirmed all of the details in our investigation.

"We believe human trafficking is occurring in these businesses," Commander Scott Whittington said.

Despite the information shared at that time, however, the city council didn’t choose to take action. This outcome did frustrate at least one councilman.

"When KRDO is more effective at shutting these places down than the police department … we have to start looking at the bigger picture," councilman Bill Murray said.

In 2020, there was a significant bust at Rose Spa in late 2020. The illicit spa owner, Xinan Xia, was charged with pimping and keeping a house of prostitution.

In April, Xia was found guilty of pimping, a single count of keeping a place of prostitution, and pandering for prostitution. He is currently awaiting sentencing.

The women who worked there were not arrested during the raid. Police told 13 Investigates they were presumed to be victims of human trafficking.

In the fall of 2021, we met with the newly elected councilman Dave Donnellson to inform him about the issue. Donnellson thought it was an issue worth pursuing and worked with the City Attorney and the City Clerk to draft a law that mirrored Aurora’s.

That ordinance was introduced in April of 2022. The city council discussed the ordinance during a work session on April 11, 2022.

"Everybody in Colorado Springs doesn't want human trafficking in our city. That's something we can agree on. It's not a liberal or conservative issue. It's really just human rights and taking care of other folks who live here in Colorado Springs," said councilman Dave Donelson

Our investigation found there are an estimated 9,000 illicit spas across the United States, showing this issue went far beyond Colorado Springs.

In addition to local leaders, 13 Investigates has pushed Colorado legislators to address the issue at the state level. In March of 2022, the legislature introduced a new law aimed at helping weed out illicit spas.

This story is far from over. 13 Investigates will continue to track the fate of the spas, find out how many have filed for permits, and ultimately if some of these spas close. 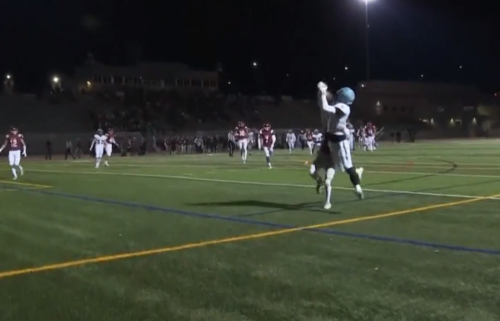 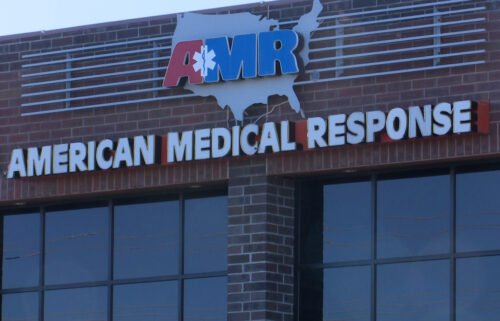