COLORADO SPRINGS, Colo. (KRDO) — A Colorado Springs woman has a warning to fellow gym-goers after her car keys were stolen from her gym locker at VASA Fitness off north Nevada when she forgot to lock it.

"I worked practically myself to death to get that car and I did it for a year and half," said Briana Chamness. "Just have that ripped from me like it was nothing and then trashed."

Chamness and her friends found her car at a motel three days after it was stolen from VASA. A dealership estimates $10,000 in damage. Slashed tires and drug contamination contributed to the complete loss.

"It’s partially my fault, I know it is," she said. "So I’ll take responsibility for that. No I did not lock it."

Chamness says it’s what she found in the glovebox after her car was recovered that has her concerned for others.

“I kept a folder inside my glovebox of all my recent car paperwork and inside that folder were a bunch of different pamphlets to different gyms,“ said Chamness.

Chamness is worried the crooks who took her car will target other gyms based on the flyers she found.

KRDO Newschannel 13 reached out to VASA Fitness to find out if someone must be a member to be in the locker room. 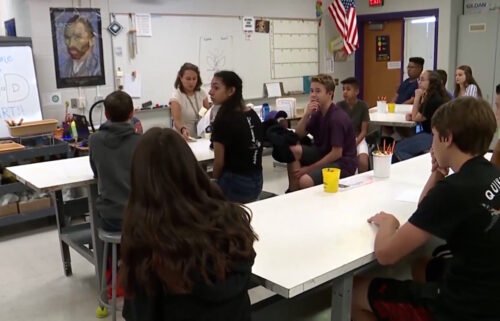