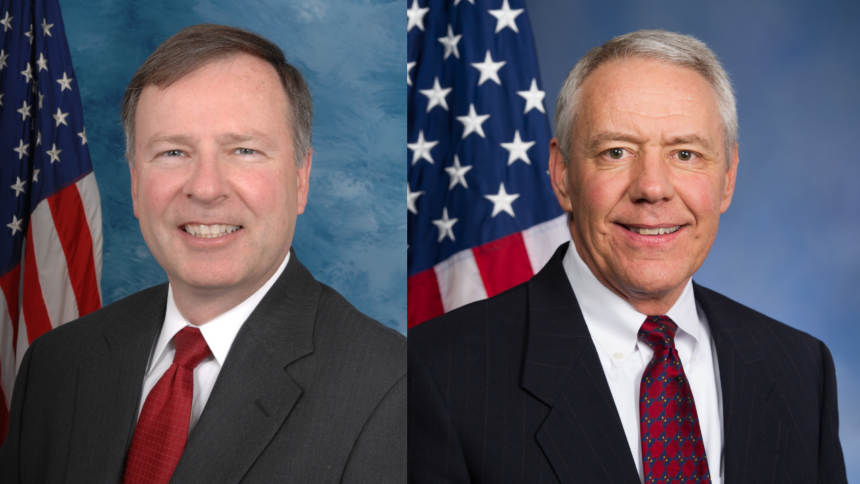 Both Republican Congressmen are on a list of 106 Republican House members that collectively filed a brief in support of Texas' action in the Supreme Court. To read the full brief, click here.

On Tuesday, Texas Attorney General Ken Paxton filed the lawsuit in the Supreme Court regarding the 2020 election results. The lawsuit asks the Supreme Court to issue an emergency order that would invalidate the ballots of millions of voters in four swing states — Georgia, Wisconsin, Michigan and Pennsylvania — even though federal judges have said that there is no evidence of widespread fraud.

The brief states that the listed representatives share the concerns of "millions of their constituents, that the unconstitutional irregularities involved in the 2020 presidential election cast doubt upon its outcome and the integrity of the American system of elections."

Colorado Attorney General Phil Weiser announced Wednesday that he has joined a coalition of 23 states that are opposing Texas' lawsuit. The coalition has filed its own brief asking the Supreme Court to dismiss the Lone Star State's request.

The opposing brief states that Texas' lawsuit ignores the Constitution and shows no evidence of widespread systemic voter fraud.

“The Supreme Court must reject this Hail Mary attempt to undermine the presidential election and overturn the will of the voters. The Constitution grants the states the power to set their own rules for presidential elections held within their own states. The Texas lawsuit undermines this state authority and it is a threat to the rule of law. Most troubling, this is an attack on democracy itself,” said Weiser in a statement. “Voters, not courts or lawyers, choose the president.”

Rep. Lamborn sent out the following statement regarding his backing of Texas' lawsuit in the Supreme Court:

“I am pleased to join my colleague, Rep. Mike Johnson (R-La), on an amicus curiae brief to the Supreme Court in support of the Texas v. Pennsylvania case. The amicus brief presents the concerns of my constituents that the unconstitutional irregularities involved in the 2020 presidential election cast doubt upon its outcome. It is now the duty of the Supreme Court to consider the facts and determine what impact these irregularities had on the 2020 election."

Rep. Buck did not respond to KRDO NewsChannel 13's request for comment Thursday.