The division has been temporarily suspended until at least April 30 amid the novel coronavirus outbreak, with organizers committed to finishing the season once it is safe to do so. That could potentially involve playing games behind closed doors.

However, with the UK government implementing lockdown measures, Neville believes it will be sometime before fans are able to watch their teams play again.

“I think at this moment in time it’s inconceivable that football will return for the next three to four months because of the fact that we’ve just been put essentially on a … lockdown,” Neville told CNN’s Becky Anderson.

“Football will not return because all the resources that are required to run a football stadium, which requires the police and the ambulance services, will not be available in the next few months.

“They’ll obviously be in hospitals and in the care homes looking after the sick and people who need it the most.”

‘A huge crisis for our country’

A businessman and TV pundit, Neville was a vocal critic of the Premier League in the coronavirus outbreak’s early stages, calling for organizers to postpone games earlier than they had initially wanted to but admits “they have done the right thing since.”

The 45-year-old has urged governing bodies to revisit things on a weekly basis and not rush into any major decisions over how best to conclude the season.

“Health comes first — of the fans, the players, the staff, the people who enter the stadiums,” he added.

“The most important thing is that we are about to embark on a huge crisis for our country.”

Neville, along with his former teammate Ryan Giggs, has been keen to use his influence to help the community during the pandemic

Two hotels co-owned by the Manchester United legends have opened their doors for free to National Health Service employees to help during the coronavirus pandemic.

All beds in both hotels have been freed up for health workers who might have to be separated from their families while they treat the growing number of Covid-19 cases.

“Not only did I feel it was the right thing to do, but also had a little bit of an insight,” said Giggs, whose mother was an NHS nurse for 25 years.

“My mom still having friends within the NHS and I was sort of gaining an idea of what was coming.”

As the current manager of the Wales national team, Giggs has had to adapt his summer plans with UEFA deciding to postpone Euro 2020 until next year.

In these uncertain times, he has been making an effort to get in touch with individual players who are having to self-isolate.

“It’s difficult for everyone. Sportsmen are used to going out and exercising and being part of a team, that is something they can’t do now,” he said.

“I think like everyone else, they’re trying to do the right thing.

“It’s just a matter of making sure everyone is healthy and then we can get back to football, get back to sport, when we are all ready.” 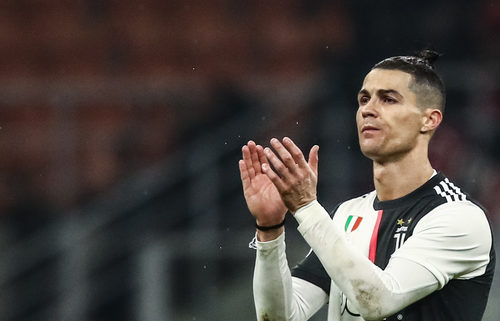