A Democratic lawmaker in Florida is expected to file a lawsuit seeking to block Gov. Ron DeSantis from transporting any more migrants from the southern border to other states.

Pizzo is hoping for a hearing by the end of the week. DeSantis has vowed to transport more migrants from the border, telling reporters on Friday that the flights to Martha’s Vineyard were “just the beginning.”

In justifying the flights, DeSantis has pointed to a provision in the state budget that sets aside $12 million for a new program to transport people unlawfully present in the United States. But the budget, signed into law by the Republican governor in June, said the money was for transporting those individuals “from this state.” All of the individuals transported by Florida were picked up in Texas.

“If we are able to get this in front of a man or a woman in a black robe, how the hell is the state going to contend any of these people are from Florida?” Pizzo, a former state prosecutor, said.

Since last week, DeSantis has labored to explain the legal footing that allows the state to move migrants located in a city 700 miles from the westernmost edge of the Florida Panhandle. He has repeatedly suggested the action was validated because Florida is the final destination of many migrants. Florida, he said, has individuals on the ground in Texas who “profile” people likely headed to the Sunshine State.

“If you can do it at the source and divert to sanctuary jurisdictions, the chance they end up in Florida is much less,” DeSantis told reporters Tuesday.

“If I could do it all in Florida, I would,” he added. “But if we just ignore the source, then you’re gonna have people trickling in five, 10 a day, 20 a day. I don’t know. But there’s no way you can possibly track all of that because it’s on such a small scale.”

Pizzo said that justification does not allow the governor to ignore Florida law.

“You can’t even play by your own rules,” Pizzo said. “This isn’t something that we passed 12 years ago. It was done four months ago at your request.”

Asked Pizzo: “Where does it end?”

Democrats in Florida believe DeSantis may have attempted to create a legal basis for the flights by having the planes stop briefly in Crestview, Florida. Indeed, when asked about the state law last week, DeSantis noted the migrants “went from Texas to Florida, to Martha’s Vineyard in the flight.”

But that wouldn’t explain the other costs incurred in Texas. A class action lawsuit filed in court this week against DeSantis alleges that migrants were recruited by someone working for Florida and lured onto flights with a $10 McDonald’s gift card. On Fox News last week, DeSantis confirmed to host Sean Hannity that migrants were put up in hotels and offered haircuts and other services before the flights.

Most Republican lawmakers in Florida have remained silent on DeSantis’ action. Neither the offices of the state Senate president or the state Speaker of the House responded to requests for comment.

But state Sen. Jeff Brandes, a Republican from Saint Petersburg, raised questions on Twitter about the legal justification for the flights.

“My reading is that by even the most loose interpretation, the funds could be used only for the portion of the flight from Florida to the Vineyard,” Brandes posted on September 15. “Who paid for the Texas to Florida leg of the flight?”

Brandes also tweeted that he was “awaiting clarification” about how the flights were authorized. He told CNN on Wednesday that he has not heard back from the governor’s office or the state.

The flights to Martha’s Vineyard also seemed to conflict with a provision in the budget that said the $12 million was set aside to transport “unauthorized aliens,” a term that the law defined as someone “unlawfully present” in the United States as defined by “federal statutes, rules, or regulations.” The migrants transported by the state to Martha’s Vineyard entered the country by seeking asylum and they appear to be following appropriate procedures of immigration law. They are legally allowed to remain in the United States until their asylum claims are processed.

DeSantis’ office did not respond to requests for comment about the budget language or for a further explanation of the administration’s legal basis for its actions.

Bob Jarvis, a law professor at Nova Southeastern University in South Florida, said he is skeptical a court will give a lawmaker or a citizen standing that would allow a lawsuit to proceed.

“It’s very difficult for a citizen to sue because of something they don’t like,” Jarvis said. “The court’s position often is, ‘If you don’t like what someone does, you should vote for someone else and convince other people to vote along with you.'”

Even if Pizzo finds a sympathetic judge, the appellate courts in Florida are stacked with judges appointed by Republican governors, as is the state Supreme Court, and they often side with the administration, Jarvis noted.

Rather, Jarvis said the state constitution provides a remedy for the legislature to rein in a governor operating outside his authority: impeachment.

But in Florida, DeSantis — one of his party’s most popular leaders and a potential contender for the Republican presidential nomination in 2024 — faces no such threat. For much of his first term in office, DeSantis has operated largely unconstrained by typical constitutional checks. Republicans, who control the state House and Senate, have repeatedly ceded their authority to DeSantis or declined to stand in his way. This year alone, they let him draw a new congressional map though the state gives lawmakers that power, they did not object when he suspended a twice-elected local prosecutor and they went along with a special legislative session to kneecap Disney after the company publicly protested a new state law banning instruction of sexual orientation and gender identity to young children.

“If we did not have one party rule in Florida, if we had a House and Senate that were normal, you would have right now a call to impeach him and he would have to explain why this was appropriate,” said Jarvis, who has authored textbooks on the Florida constitution. “The founders of our state constitution never imagined you’d have a governor running amok and a legislature in his pocket.”

Lawmakers created the program to transport “unauthorized” migrants out of Florida at the request of DeSantis, who first floated the idea of sending migrants to Martha’s Vineyard in December. The state budget included $12 million to carry out the program paid for with interest earned on federal coronavirus relief funds.

The program was housed under the Florida Department of Transportation, which was granted authority to enter into contracts to transport people “upon the receipt of at least two quotes.”

Budget records reviewed by CNN show two payments made to Destin, Florida, based aviation company Vertol Systems under the migrant relocation program. The initial payment of $615,000 was made by the Florida Department of Transportation on September 8, six days before the Martha’s Vineyard flight. Another payment for $950,000 followed on September 16.

However, a state website that serves as a clearinghouse for agency contracts does not show a contract with Vertol. FDOT did not respond to a request to provide the contract and related procurement records.

In a letter to the agency dated September 16, state Senate Minority Leader Lauren Book asked state Transportation Secretary Jared Purdue to provide evidence that it had established this program was consistent with state law. Book told CNN she has not received a response despite repeated inquiries.

“I think it’s outrageous that agency heads and people that work within the government are stonewalling legislators from understanding what is going on with money and bills we have passed and appropriated,” Book said. “It is completely and totally unconscionable and we are going to do everything we can do to make sure the law is being followed to make sure taxpayer dollars are being used in a way that is appropriate.”

DeSantis initially insisted the money was needed to address migrants transported into the Sunshine State by the federal government.

“We’re in the process of getting money from the legislature so that if (President Joe) Biden is dumping illegal aliens into Florida on the southern border, I’m rerouting them to Delaware,” DeSantis told the Conservative Political Action Conference in February, to raucous cheers.

But DeSantis recently acknowledged that no such “dumping” had taken place, and in August, he shifted to suggesting the money could be used directly at the southern border. On Friday, the governor said he intends to use “every penny” allocated to the migrant relocation program for more flights and buses.

“We’ve got an infrastructure in place now,” he said. “There’s going to be a lot more that’s happening.” 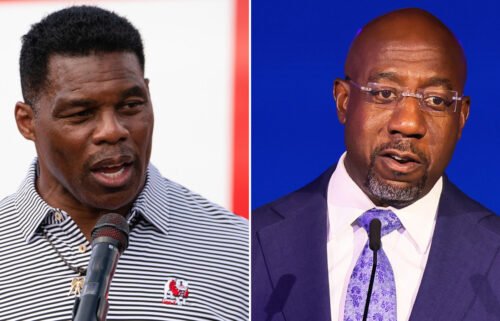 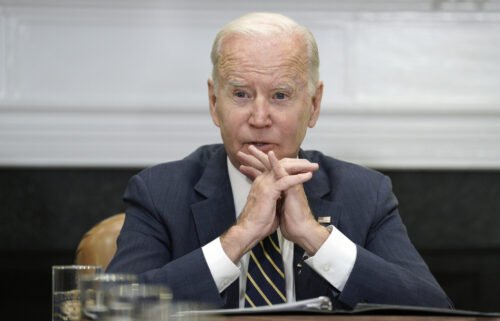