A deceptive new attack ad in Pennsylvania’s Republican Senate primary tries to convince voters that late-surging candidate Kathy Barnette, who has vehemently opposed the Black Lives Matter movement and defunding the police, is a supporter of both.

It’s not the only recent ad to distort Barnette’s past remarks and positions on race and policing. On Saturday, CNN fact-checked a misleading anti-Barnette ad from a super PAC backing surgeon and former television host Mehmet Oz.

The pro-McCormick super PAC could not be reached for comment on Monday.

The Honor Pennsylvania television ad begins with a photo of Barnette and a narrator asking, “What do we really know about Kathy Barnette? She holds extreme views on race.”

During the second sentence, the left side of the screen shows two things: a silent clip of Barnette talking and an image of a July 2020 tweet in which Barnette used the hashtags “#BLM” and “#DefundThePolice.” All-capitalized text on the right side of the screen repeats the narrator’s claim: “Kathy Barnette extreme views on race.”

The clear suggestion, in the context of a Republican primary, is that Barnette is a supporter of Black Lives Matter and of the concept of defunding the police, both of which are unpopular with conservatives. If there was any confusion, the ad ends with the same image of Barnette’s July 2020 tweet as the narrator and screen say, “Conservatives can’t trust Kathy Barnette.”

Facts First: The ad’s use of the Barnette tweet is highly misleading. Barnette has been consistently and sharply against Black Lives Matter and the concept of defunding the police. She tweeted the hashtags #BLM and #DefundThePolice in July 2020 merely to promote a video commentary in which she explicitly criticized both. Because she used the hashtags, people who were searching Twitter for the terms #BLM and #DefundThePolice would have encountered the link to her contrary arguments.

Barnette, who is Black and right-wing, has long been scathing about Black Lives Matter. On Facebook earlier this year, she likened the movement to “a bad case of herpes.” In December 2020, she included “BLM” on a Facebook list of examples of how Democrats had unleashed “literal hell” on the country. In 2017, she tweeted, “#BLM & #Antifa is just as racist & intolerant as #WhiteSupremacists!” In 2016, she tweeted, #BLM is a fraud.”

What Barnette said in the 2020 video

In July 2020, Barnette was in the midst of an unsuccessful Republican run for a seat in the US House of Representatives. She used the video commentary she promoted with the #BLM and #DefundThePolice hashtags to denounce both Black Lives Matter and the idea of defunding the police.

In the video, which she posted on Facebook and Twitter after a 1-year-old was shot and killed near a New York City park, she said, “Black Lives Matter Global Network Incorporated does not care about my Black life.”

She continued: “It does not care about the Black lives of those who are just trying to work, who are trying to provide for their family, who are keeping their nose clean, who just want to be able to take their Black child across the street to the park with the rest of their Black family.”

She said later in the video that it is “stupidity” for Democrats to believe that the Black Lives Matter Global Network organization is “really trying to improve the lives of Black people.”

She also said in the video, “Defunding the police is stupid, people. Abolishing the police is stupid, people. Black people, do not fall for the okey-doke. Do not fall for these white liberals who are coming into our communities and telling us we need to remove law enforcement.” And she said at another moment of the video, “When you defund the police, you take away the security for the poor people,” who can’t afford private security. 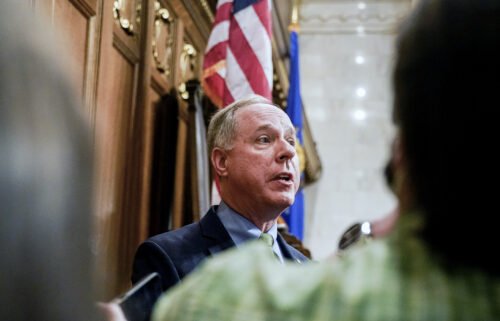 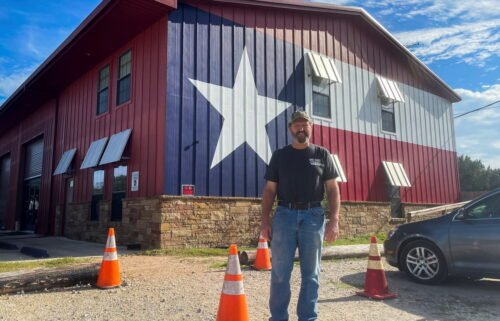 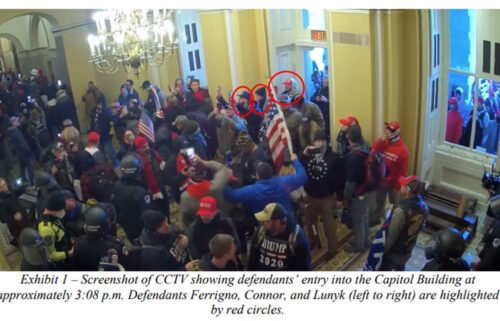