The US Food and Drug Administration said Monday that it is making it easier to import certain infant formulas as it works to address a nationwide shortage.

The US ordinarily produces 98% of the infant formula it uses, with imported formula primarily coming from Mexico, Ireland and the Netherlands, the agency said in a statement. But because of the shortage, the FDA is outlining a process by which it “would not object to the importation of certain infant formula products intended for a foreign market,” as well as the US distribution of products that were made domestically for export to other countries.

“Companies seeking to take advantage of these flexibilities should submit information for the FDA to quickly evaluate whether the product can be used safely and whether it provides adequate nutrition,” the agency said. “For example, labeling, information on nutritional adequacy and safety testing, and information about facility inspection history.”

The administration will prioritize applications “that stand a good chance of being successful, that indicate sort of clear quality and safety and nutritional adequacy and all of that, and that have potential to move significant product into the United States quickly,” a White House official told CNN, including imports from countries like Ireland, Chile, Australia, New Zealand, the UK and the Netherlands, which feature safety inspection systems similar to those in the US.

The FDA said it is already in discussions with some manufacturers and suppliers regarding additional supply, but officials warn that even importing formula from abroad won’t offer immediate relief.

“With these flexibilities in place, we anticipate that those products that can quickly meet safety and nutrition standards could hit U.S. stores in a matter of weeks,” FDA Commissioner Dr. Robert Califf said in a statement.

Susan Mayne, director of the FDA’s Center for Food Safety and Applied Nutrition, said on a media call Monday that “it depends in part on what kind of information we get in from others, but I think we’re looking at weeks in terms of getting the imported product into the market.”

The news comes as the White House is working with key manufacturers to help provide logistics support during the baby formula shortage, an official said in a statement on Monday.

“The White House is having ongoing conversations with the four major infant formula manufacturers — Reckitt, Abbott, Nestle/Gerber, and Perrigo — to work with them to identify transportation, logistical, and supplier hurdles to increasing production of formula at their US- and FDA-approved facilities, to expand the amount and speed of FDA-approved formula being shipped into the country, and ensure that formula is quickly moving to retailers from factories,” the White House official said.

CNN reported earlier Monday that the Biden administration is confronting a barrage of questions and criticism for the national baby formula shortage that has anxious and angry parents hopping from store to store in search of baby food. The administration offered a new website, HHS.gov/formula, to provide resources to families in need, but when a CNN reporter tested out some of those options, the exercise resulted in apologetic customer service representatives, one hold time that lasted well over an hour and serious challenges in finding baby formula through some of the main suggestions listed on the new Health and Human Services website.

The White House is also in “ongoing communication” with Target, Amazon, Walmart and other major retailers, the official said, “to identify parts of the country that may be at risk of critically low supply of infant formula, and have offered to work with manufacturers and retailers to bring more formula to those parts of the country, including with US government transportation and logistics support.”

President Joe Biden held virtual meetings Thursday with the leadership of Target and Walmart, as well as formula manufacturers Reckitt and Gerber, respectively. Officials have since been in “close communication to follow up on those conversations,” per the official.

There are also efforts to shore up the supply chain, with outreach to formula manufacturers’ suppliers.

During an appearance on CNN’s “New Day” on Monday, Califf said the administration is “doing everything we can” to resolve the shortage.

Califf pointed to efforts to work with manufacturers to increase production, to work on the supply chain and to work closely with Abbott to get its shuttered plant open as soon as possible.

After Abbott restarts the site, it will take six to eight weeks for the products to reach store shelves, the company said Monday.

Pressed on how much of an effect the move to make it easier to import some formulas will have, Califf said the situation more broadly will “gradually improve” over a “few weeks.”

This Thursday, Califf testifies before the Agriculture Appropriations Subcommittee on the FDA’s 2023 budget request and on the oversight of infant formula.

The baby formula shortage has been exacerbated by the shutdown of the country’s largest formula plant, the Abbott Nutrition facility in Sturgis, Michigan.

Production halted at the facility in February after reports that four infants who consumed formula manufactured at the plant had fallen ill with rare and serious infections caused by Cronobacter sakazakii bacteria. Two of the babies died. A whistleblower also detailed allegations to the FDA that Abbott was hiding safety issues months before the infant formula was recalled in February.

In the end, however, testing by the FDA and the US Centers for Disease Control and Prevention found that the genetic sequences of the Cronobacter samples from the plant did not match any of the bacteria isolated from the sick children or the formula inside their homes. Genetic samples from the sick babies also did not match each other, suggesting there was no link between their cases, Abbott said in a news release.

Pressed on how soon supply will be back to normal, HHS Secretary Xavier Becerra declined to give specifics, saying on CNN Monday that “Abbott is the one that can tell you the timeline.”

Becerra said the federal government is working with the company to make sure it’s addressing the safety concerns raised to them and that “it should be done in a matter of weeks.”

“We don’t run their plants. Only they can address the safety concerns that were identified through our inspections. They have been working on this a while. We have been advising them of what they need to do,” Becerra told CNN’s Kate Bolduan on “At This Hour.”

“We’ll do everything we can, we’ll pull all the levers we can to help them move quickly as possible, but they control their plant. They own and operate it. They’re the ones that have to do the fix.”

Abbott said last week that it could restart production at its Michigan facility, pending FDA approval, within two weeks, but it could be a few more weeks until the formula is made available on shelves.

On CNN, Becerra also defended the administration’s response to the Abbott recall and complaint, saying, “We have been moving as quickly as we can.”

“FDA moves with deliberate speed to make sure that if you’re going to do something as drastic as urge a manufacturer to pull a product off the shelves, that there’s good evidence for it. That’s why it takes a little time,” he said. 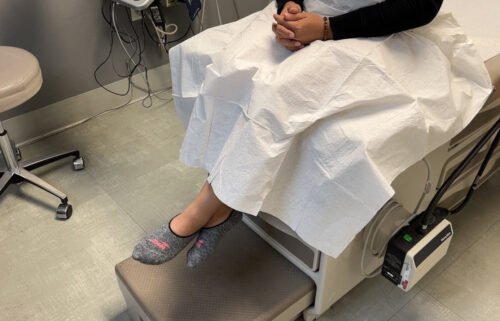 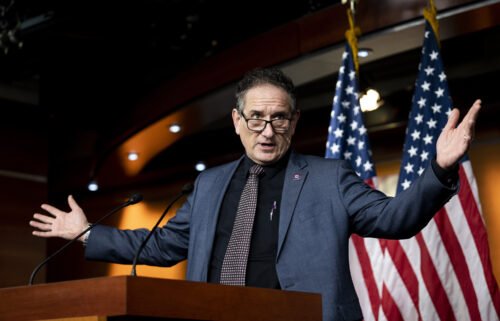 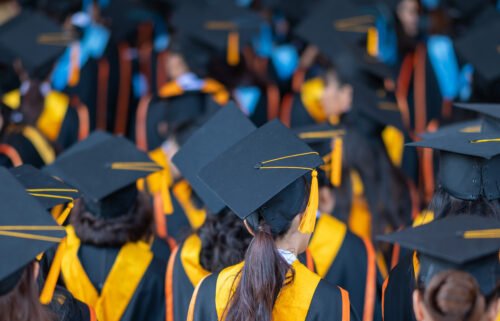