The US Navy has identified the sailor killed in a recent helicopter landing accident at Joint Expeditionary Base Little Creek-Fort Story in Virginia Beach, Virginia.

Electronics Technician 1st Class Ryan DeKorte, 35, of Lubbock, Texas, died at a hospital Monday following the accident last Thursday, according to the Navy. The incident remains under investigation.

“Our thoughts and prayers are with the DeKorte family. Ryan was an exceptional teammate, and we mourn his tragic loss,” Rear Adm. H.W. Howard III, the commander of the Naval Special Warfare Command, said in a statement Wednesday.

DeKorte, Howard said, “was one of our premiere combat support technicians, who possessed all the attributes that make our force combat ready for highly complex and high-risk missions in the Nation’s defense.”

DeKorte joined the Navy in 2014. He was assigned to Naval Special Warfare in 2020.

“His humility, stewardship and commitment to Naval Special Warfare made an indelible mark on his teammates and our community,” Howard added.

In December, the commander of the Navy’s SEAL Team 8 died following a helicopter training accident in Virginia Beach during a fast-rope exercise where troops practice descending quickly from a helicopter, the Navy said. Cmdr. Brian Bourgeois was rushed to the hospital, where he later succumbed to his injuries.

That accident also remains under investigation. 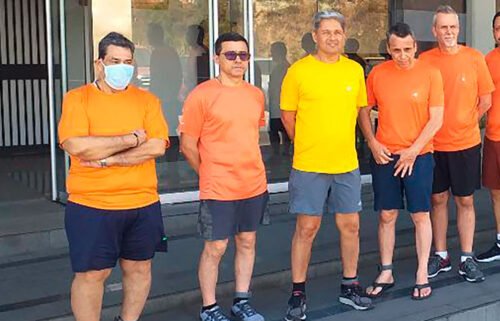