Rep. John Garamendi said Friday that he was concerned that fellow representatives who want to be armed at the Capitol were a threat to him and other lawmakers.

When asked by CNN’s Brooke Baldwin whether, regarding members trying to bring guns into the Capitol, he thought that one of his fellow members of Congress might harm him, the California Democrat replied, “Of course.”

When pressed on whether he was fearful that an armed House Republican could shoot him, Garamendi replied, “I would be — yes, I am concerned that any member that brings a gun into the Capitol, into a hearing room, into the office buildings or into or onto the floor of the House poses a danger, a danger to me, and a danger to the other members of the Congress and the staff. Do not need to have guns anywhere in this complex.”

Garamendi’s comments come after some House Republican freshmen have emphasized bringing firearms to the Capitol, prompting concern from several Democrats in the chamber.

One, Rep. Lauren Boebert, was filmed in a campaign advertisement vowing to carry her Glock handgun around Capitol Hill and the Colorado Republican has said she would carry her gun to Congress. The District has strict gun laws and Washington’s police chief has warned the congresswoman that she is subject to the same laws as everyone else in the nation’s capital.

Rep. Madison Cawthorn, meanwhile, said in an interview with Smoky Mountain News last week that he had been armed when a mob stormed the Capitol.

“Fortunately, I was armed, so we would have been able to protect ourselves,” the North Carolina Republican told the paper.

Garamendi isn’t alone in expressing concerns. Fellow Democratic Rep. Don Beyer of Virginia told NBC News in an interview published Thursday, “There’s the overall sense that maybe if some of them have guns — and likely the ones who are more into conspiracy theories and QAnon with the pedophilic satanic rings — are we safe from them?”

Metal detectors were set up on Tuesday outside the House floor and members are required to pass through them to reach the chamber.

“There have been increasing tensions with certain incoming freshmen for months, who have been insistent on bringing firearms in violation of law and guidelines,” one House Democrat said in a reference to Boebert, Cawthorn and others.

“There are concerns about the gun-toting members, but also we don’t know who they’re going to bring to the inauguration who can bypass the metal detectors,” another House Democrat said. “Until there’s an investigation and until we understand our colleagues’ level of complicity in the attack, we don’t know how involved they really were. Until we have answers, I don’t think we should trust them — not all of them of course, but some of them.”

Multiple Republicans were furious at the new measures this week and some shouted at Capitol Police officers who were at the metal detectors. Boebert set off the metal detectors and initially refused to show police what was in her bag before being eventually allowed into the chamber.

The House will soon move forward with a rule change proposed by House Speaker Nancy Pelosi, a California Democrat, imposing stiff fines on members who refuse to follow the new security rules. The fine — $5,000 for the first offense and $10,000 for the second offense — will be deducted directly from members’ salaries by the chief administrative officer.

Garamendi suggested on Friday that in addition to fines for having a gun on the House floor, “I would suggest it’s also a potential reason to be thrown out of Congress totally.”

According to the US Capitol Police’s website, firearms are prohibited on the Capitol grounds even if someone has a carry permit from Washington, DC, or a state. Law enforcement officers who are performing their official duties and meet “certain established criteria” may be allowed to carry their weapons into the Capitol. The Washington Post reported in 2018 that guns are banned in the legislative chambers, with an exception for their sergeants-at-arms. 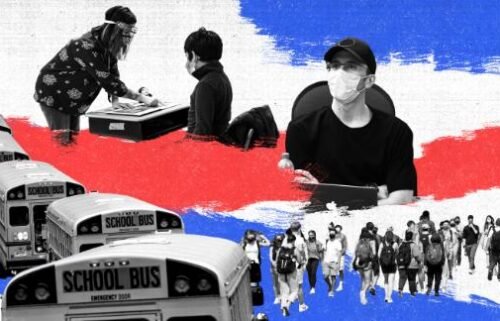 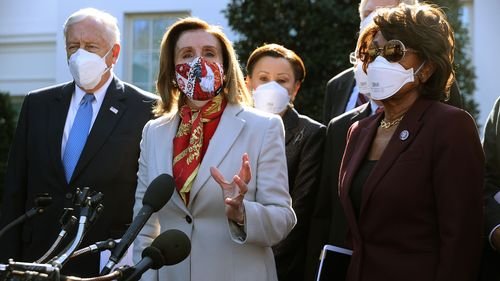