Acting Homeland Security Secretary Chad Wolf on Friday directed the intelligence branch of his department to cease collecting information involving journalists and ordered a review of the incident that was made public on Thursday.

The order comes a day after The Washington Post reported that DHS compiled “intelligence reports” about the work of two American journalists covering protests in Portland, Oregon, in what current and former officials called an alarming use of a government system meant to share information about suspected terrorists and violent actors.

It’s unclear why Wolf had been unaware of the actions taken by the DHS Office of Intelligence & Analysis, one of several divisions he oversees.

News reports revealed that the department’s intelligence office had produced Open Source Intelligence Reports that identified reporters and members of the media who had obtained and released official government documents and internal DHS communications, according to Friday’s memo.

Although DHS has the authority to collect information on leaked documents, “strict guidance” must be adhered to about its dissemination and collection, Wolf wrote.

The department’s inspector general is also launching an investigation into the incident, according to an official familiar with the matter.

The revelations that DHS collected and disseminated information on journalists comes amid increased scrutiny of the department’s handling of the unrest in Portland. Current and former Homeland Security officials have warned in recent weeks that the increased politicization of law enforcement risks undercutting public trust in the department.

In the memo, Wolf praised a “free and open press,” saying it is “essential to American democracy and is one of the the many fundamental rights this Department fights to protect and preserve every day.”

Benjamin Wittes, the editor-in-chief of the blog Lawfare — one of the journalists DHS collected information on — wrote in a series of tweets responding to the Post story, “What is troubling about this story is that I&A shared my tweets *as intelligence reporting,* that is, an intelligence arm of the government filed a report on a citizen for activity at the heart of journalism: revealing newsworthy information about government to the public.”

On Friday, Reps. Bennie Thompson, Democrat of Mississippi, and Max Rose, Democrat of New York, demanded documents from the department related to the intelligence office’s role in the response to protests in Portland this month.

In a letter to acting Under Secretary Brian Murphy, the lawmakers wrote that they are “troubled by reports that I&A has authored and disseminated intelligence products detailing American citizen journalists’ reporting activities, which are protected by the First Amendment.”

“For weeks, DHS agents have been deliberately and brutally attacking journalists covering the Portland protests. And, documents show that DHS intelligence arm appears to be claiming authority it does not have. This administration’s assault on the First Amendment continues to escalate. It must be held accountable,” she wrote in a statement. 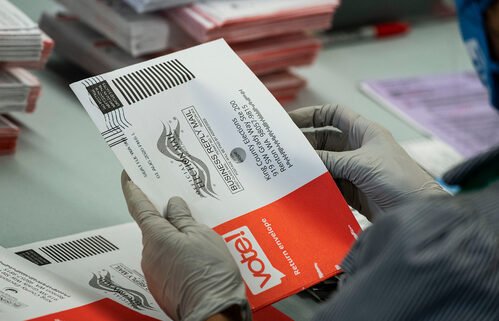 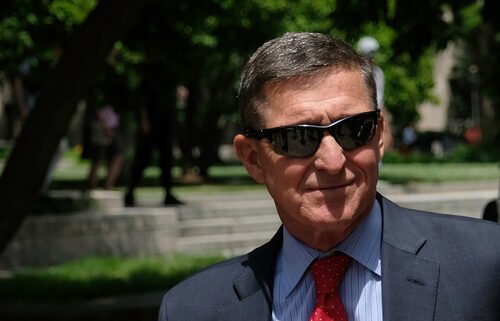