On Sunday morning, President Donald Trump announced that ISIS leader Abu Bakr al-Baghdadi had died as a result of a US raid in northern Syria. And then he kept talking. And taking questions. And more questions.

I went through the transcript of Trump’s remarks and pulled out the most, uh, notable lines.

1. “He died after running into a dead-end tunnel, whimpering and crying and screaming all the way.”

Trump is very interested in painting a specific picture of Baghdadi for the public — of a cowardly fake tough guy. His detailed description of how Baghdadi met his end is a direct contrast to the light-on-details presentation by President Barack Obama when announcing the death of Osama bin Laden in 2011.

2. “The thug who tried so hard to intimidate others spent his last moments in utter fear, in total panic and dread, terrified of the American forces bearing down on him.”

Like I said, Trump is very interested in you knowing the gritty details — with the primary aim of casting Baghdadi as a fearful wimp in his last moments.

3. “As you know, last month we announced that we recently killed Hamza bin Laden, the very violent son of Osama bin Laden, who was saying very bad things about people, about our country, about the world.”

4. “Baghdadi has been on the run for many years, long before I took office. But at my direction, as commander-in-chief of the United States, we obliterated his caliphate 100% in March of this year.”

It’s not at all clear that 100% of the ISIS caliphate has been defeated — or if that is even possible or what it would look like.

Again, Trump is making very sure you know that the world knows that Baghdadi was no hero — far from it.

7. “I don’t want to say how, but we had absolutely perfect — as though you were watching a movie. It was — that — that in — the technology there alone is — is really great.”

“As though you were watching a movie.”

8. “Russia treated us great. They opened up. We had a fly over certain Russia areas, Russia-held areas. Russia was great.”

9. “Turkey — we dealt with them. They knew we were going in. We flew over some territory. They were terrific. No problem. They were not problem.”

Good job, Turkey. Thanks for letting us fly “over some territory!”

11. “They had the gunfire terminated immediately, meaning they were shot from the air ships.”

Shot from the air ships, you say? Is that a technical term?

When killing terrorists, you always have to go for the big names. Also: Sort of weird that the President admits he didn’t know the names of some of the terrorists the US has killed under his watch, no?

13. “You know, they use the internet better than almost anybody in the world, perhaps other than Donald Trump.”

So, ISIS uses the Internet better than everyone except Donald Trump? OK, got it! Totally normal stuff here!

14. “And what they’ve done with the internet through recruiting and everything — and that’s why he died like a dog, he died like a coward. He was whimpering, screaming and crying.”

These sentences are not edited at all. This is exactly what Trump said and in this order. Why did he switch from talking about the Internet to talking about, again, how Baghdadi died? (It was like a dog and a coward, FYI.) I have no idea.

15. “He didn’t die a hero. He died a coward: crying, whimpering, screaming and bringing three kids with him to die.”

17. “We were going to notify them last night, but we decided not to do that because Washington leaks like I’ve never seen before.”

This is big news. Usually in major operations like this one, the administration would alert top congressional leaders of both parties. Trump chose not to do that. “The House must be briefed on this raid, which the Russians but not top Congressional Leadership were notified of in advance, and on the Administration’s overall strategy in the region,” House Speaker Nancy Pelosi (California) said in a statement.

18. “This is the biggest one perhaps that we’ve ever captured, because this is the one that built ISIS and beyond, and was looking to rebuild it again.”

Even when it comes to capturing or killing terrorists, Trump has to be the biggest and the best. “The biggest one perhaps that we’ve ever captured.”

19. “That was to notify you guys that you have something big this morning, so you wouldn’t be out playing golf or tennis or otherwise being indisposed.”

This is Trump’s defense of his “Something very big has just happened!” tweet at 9:23 p.m., Eastern time on Saturday night. Worth noting: Trump plays golf at least once virtually every weekend.

20. “The Kurds have worked along incredibly with us, but, in all fairness, it was much easier dealing with the Kurds after they went through three days of fighting, because that was a brutal three days.”

You mean when Turkey invaded northern Syria and started slaughtering Kurds? Yeah, that seems like it was a “brutal three days.” For sure.

21. “Now, Russia likes us being there for two reasons, because we kill ISIS. We kill terrorists. And they’re very close to Russia.”

In summary: Russia likes us because they hate ISIS. And we kill terrorists. Any questions?

22. “Now, maybe they can get here, but we have done very well with homeland security and the ban, which, by the way, is approved by the United States Supreme Court, as you know.”

Wait, so we are talking about the Muslim travel ban now? Why? How?

So, the United States is geographically further from Syria and Turkey than Russia? [Consults map] Yeah, this checks out.

Are we doing the thing where we name countries? Lichtenstein! San Marino!

25. “The European nations have been a tremendous disappointment, because I personally called, but my people called a lot, take your ISIS fighters. And they didn’t want them.”

Just a reminder: This is still Trump’s “statement” on the death of Baghdadi. In case you forgot.

26. “They can’t walk to our country. We have lots of water in between our country and them.”

“This is an island surrounded by water, big water, ocean water.” — Donald Trump, on Puerto Rico

27. “If you read about the history of Donald Trump, I was a civilian. I had absolutely nothing to do with going into Iraq and I was totally against it.”

First off, great third-person here by Trump. Second, he was not “totally against” the war in Iraq.

28. “Our K9, as they call — I call it a dog, a beautiful dog, a talented dog — was injured and brought back, but we had no soldier injured.”

29. “By the time those things went off, they had a beautiful big hole and they ran in and they got everybody by surprise.”

The US troops blew a “beautiful big hole” in the area where Baghdadi was staying. And yes, Trump uses the word “beautiful” to describe all sorts of odd things.

30. “And as I said, they brought body parts back with them, et cetera, et cetera. There wasn’t much left. The vest blew up, but there are still substantial pieces that they brought back.”

31. “Osama bin Laden was very big, but Osama bin Laden became big with the World Trade Center. This is a man who built a whole, as he would like to call it, a country, a caliphate, and was trying to do it again.”

Again, Trump’s obsession with being the biggest and the best is on full display here. People might think bin Laden was the biggest but it was actually Baghdadi!

32. “When we use our intelligence correctly, what we can do is incredible. When we waste our time with intelligence that hurts our country, because we had poor leadership at the top, that’s not good.”

In which the President takes a(nother) shot at the intelligence community during a statement on the death of an ISIS terrorist.

33. “And it’s really a deserving name, intelligence. I have dealt with some people that aren’t very intelligent having to do with intel. But this is the top people.”

35. “But he was screaming, crying and whimpering. And he was scared out of his mind.”

Again, for the people in the back.

On the one hand: Tall and handsome. On the other: Saying bad things.

37. “I wrote a book. A really very successful book. And in that book, about a year before the World Trade Center was blown up, I said there’s somebody named Osama bin Laden, you better kill him or take him out, something to that effect, he’s big trouble.”

It will stun you to learn that this, in fact, is not true, as CNN’s Daniel Dale noted in this fact check.

… Said the President of the United States in a press conference announcing the death of an ISIS leader.

39. “And I’m saying to people, take out Osama bin Laden, that nobody ever heard of.”

Trump’s claim that no one had ever heard of bin Laden before September 11, 2001 is simply false.

This feels like as good a place as any to end.

Update: This story has been updated with CNN’s fact check on Trump’s comment about Osama bin Laden. 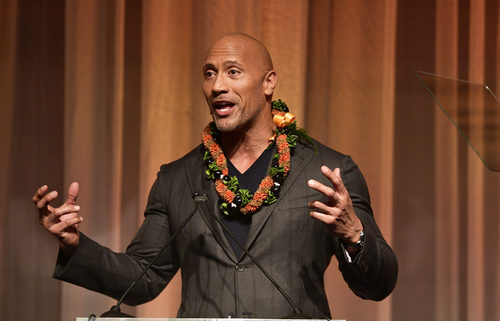 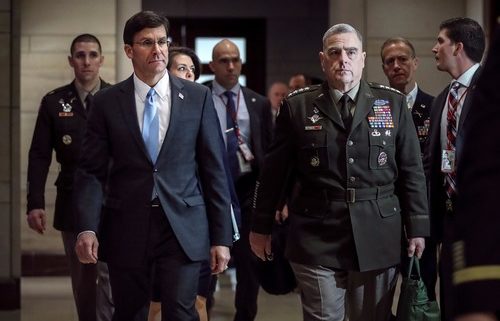