COLORADO SPRINGS, Colo. (KRDO) -- A bear is back in the wild after being caught near Colorado Springs recently.

According to Colorado Parks and Wildlife, the bear was released into the forest southwest of the city.

CPW said this time, officers didn't have to use paintball shots or Taser discharges to scare the bear away.

During the release, CPW took this opportunity to remind people how fast bears can run. Watch the video below of officers releasing the bear:

Another #wildlife #rescue of a bear recently near #ColoradoSprings by @COParksWildlife Officer Corey Adler. He released it into the forest SW of town. This time, no paintball shots or Taser discharges were needed to scare the bear. Think you can outrun a bear? Watch! pic.twitter.com/825SynGWGo

According to CPW, this bear was tagged, labeling it a nuisance bear. Unfortunately, CPW said if it gets in trouble with humans again, they will be forced to euthanize it.

Earlier this week, CPW reported a bear that had wedged itself deep under a porch near. CPW Officer Corey Adler "hazed" the bear, scaring it out and avoiding having to tranquilize the bear and manually remove it.

The bear in that incident eventually took the hint and took off. Still, Adler pursued the bear through the neighborhood and into the woods for eight minutes, repeatedly hazing the bear with paintballs. Hopefully, this bear is terrified of humans and won't come back into residential areas.

That bear avoided being tagged.

Watch the video of Adler's bear-saving hazing below:

Today's @COParksWildlife #wildlife #rescue story is of a bear that wedged itself deep under a porch near #ColoradoSprings Sunday. CPW Officer Corey Adler avoided handling the bear. Hazing it saved it a critical "strike" under CPW policy. Listen as he talks to the bear throughout. pic.twitter.com/AOj3mAJ3S8 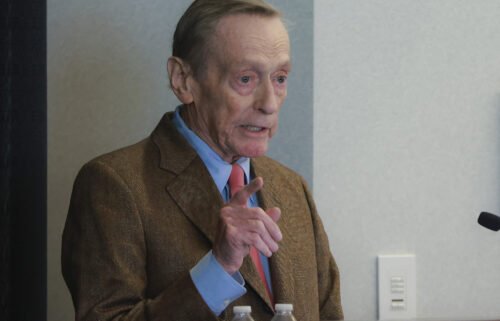 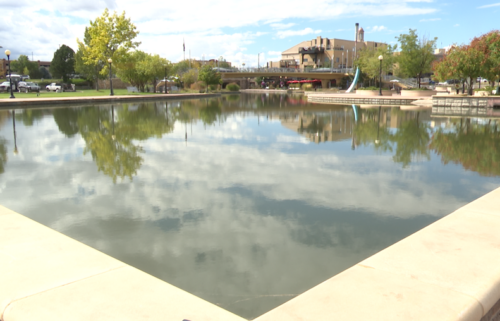