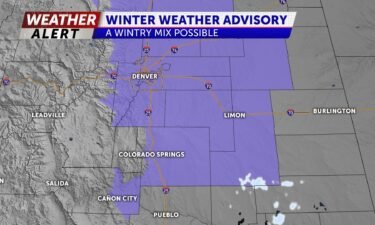 COLORADO SPRINGS, Colo. (KRDO) -- Stephannie Fortune, the City Council's favorite to fill the vacancy left by outgoing Richard Skorman, will not get that seat.

For now, at least.

After an early Monday morning special meeting that lasted 2-1/2 hours and had nearly 100 people in the audience, the Council deadlocked on a 4-4 vote to appoint Fortune to fill Skorman's term until the spring 2023 city election.

In the month since Fortune surfaced as the Council's choice from a field of seven candidates, 186 District 3 residents emailed or contacted the Council regarding Fortune's appointment, with 174 opposed to it.

Opponents said that they prefer to be represented by a candidate who has lived in the district for longer than Fortune, who moved there only two months ago.

Critics also were unhappy that the Council allowed Fortune to resubmit her application because she filled it out in more than 750 words instead of in 750 characters as required.

Public comment at Monday's meeting appeared to be evenly split between citizens who support Fortune's appointment and those who oppose it.

Among the comments were from people who don't live in the district but work there, know Fortune, or have or had working relationships with her.

After the vote, Fortune said that she wasn't surprised and accused some of her fellow candidates of organizing the campaign against her.

"I don't think the 4-4 tie will change," she said. "I think the Council's going to have a very interesting time finding that fifth vote. I came into this with joy and I'm leaving with joy because I have an answer. I'm OK with it all."

Fortune would have been sworn in at Tuesday's regular meeting had she retained her earlier Council support.

The Council has scheduled another special meeting for 1 p.m. Friday to try again and choose Skorman's successor.

While the Council praised Fortune for her past accomplishments in and service to the city, some were hesitant to appoint her over a candidate who has campaigned for and been elected to office.

Terry Martinez finished second in the initial Council selection last month, and many of the comments Tuesday supported him as the right replacement for Skorman.

However, Councilman Dave Donelson revealed that he decided last week to support Sallie Clark, one of the initial candidates who is a longtime District 3 resident and a former Councilwoman and El Paso County commissioner.

"I told Stephannie last week and explained my decision to her because I didn't want to surprise or embarrass her," he said.

Fortune said that she's not confident of eventually being appointed to the vacant seat.

"I just want the best for the district," she said. "If that's someone else, that's fine."

Skorman is not allowed to discuss or vote on the matter; he announced in November that he was resigning his seat to focus more on his downtown businesses.

Some District 3 residents who voted to re-elect Skorman last spring, said that they're unhappy with the process -- mandated by city charter -- that allows the Council to select and appoint a replacement without consulting with district citizens.

"Who will lay the claim, and who will take the blame, for taking away my voting privilege for a City Council member to represent me?" said June C. Waller, who lives in the district. "I don't feel I'm being represented if you pick who you want to sit on Council in District 3."

Some Council members advised Fortune to run for the District 3 seat in 2023, or to run for an at-large Council seat expected to be open then. 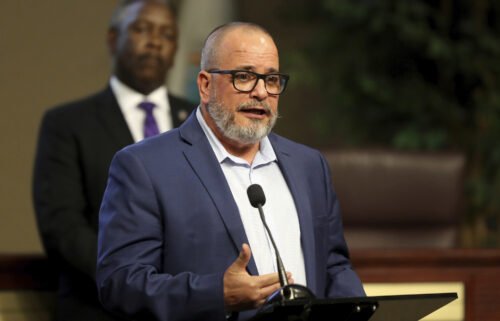