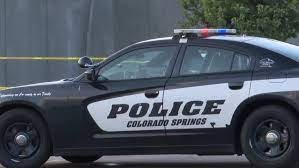 COLORADO SPRINGS, Colo. (KRDO) -- Friday evening, July 16th around 10:00 p.m., an adult male was threatening to jump over the I-25 and Cimarron Street Overpass. Officers with the Colorado Springs Police Department responded to a man pacing back and forth on the bridge.

When CSPD's Crisis Response Team responded, the man was threatening to jump. Additional officers quickly responded and shut down I-25 and Cimarron Street for the safety of motorists. Over the course of the next five hours officers negotiated with the suicidal male, while making alternate plans to ensure his safety.

He was transported to a local hospital, where he was placed on a mental health hold.