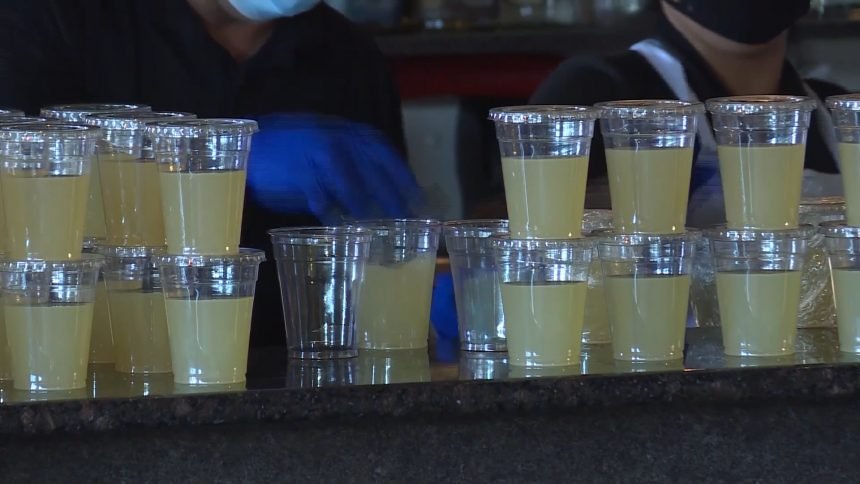 COLORADO (KRDO) -- The Colorado House of Representatives on Wednesday unanimously passed a measure that would allow to-go cocktails to continue past the pandemic.

A previous executive order from Governor Jared Polis allowing takeout alcohol was slated to expire this summer. If the new legislation passes, it would allow to-go alcohol sales to continue for the next five years, even when all Covid-19 restrictions are lifted. However, limits will be put in place.

Sonia Riggs, President and CEO of Colorado Restaurant Association said, “Restaurants can sell two bottles of wine, two six-packs of beer, and one liter of alcohol to-go or for delivery.”

According to Riggs, 87% of restaurants are making revenue from alcohol to-go and delivery while one in five restaurants say the revenue they are making is significant.

“It’s also important to point out that it’s something that the public really likes. In a poll that we conducted in 2020, 85% of adults over the age of 21 were in favor for allowing alcohol for delivery from restaurants,” said Riggs.

And it’s not just Colorado, more than 30 states began allowing restaurants and/or bars to sell cocktails to-go as a Covid-19 economic relief measure. Iowa, Ohio, Kentucky, and multiple other states have all made cocktails to-go measures permanent.

“Certainly something its nice to see some widespread popularity of this initiative, for sure,” said Riggs.

The bill passed by a unanimous vote of 61-0 in The House and now elected officials hope to see the same success in the State Senate.