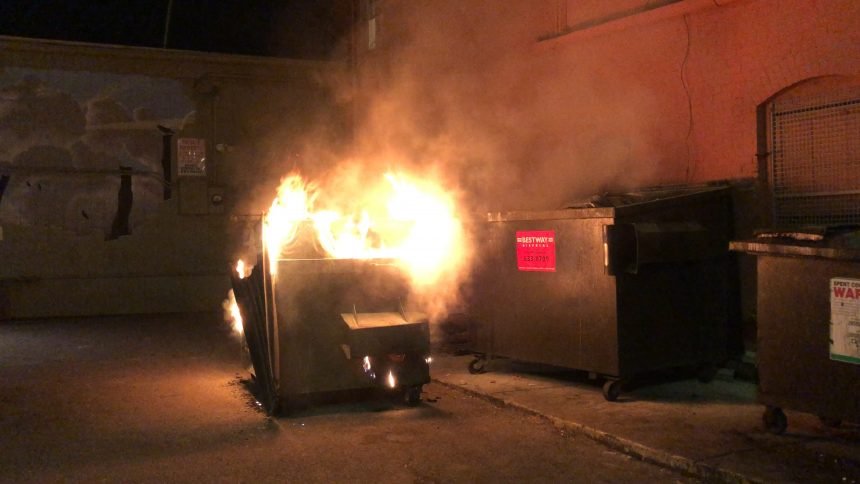 According to CSPD, one of their officers noticed a dumpster fire burning in an alleyway behind the businesses at 200 N. Tejon street around 12:40 Sunday morning.

Investigators said approximately 10 different dumpsters were set on fire in 10 different downtown locations. The suspect was seen by Colorado Springs firefighters as he was actively trying to set another dumpster fire.

Police arrested the suspect, who they have identified as John Skidmore and charged him with several counts of arson and criminal mischief.

Police said Skidmore admitted to setting the fires but would not explain why. No businesses were damaged in the fire and police said there were no injuries.